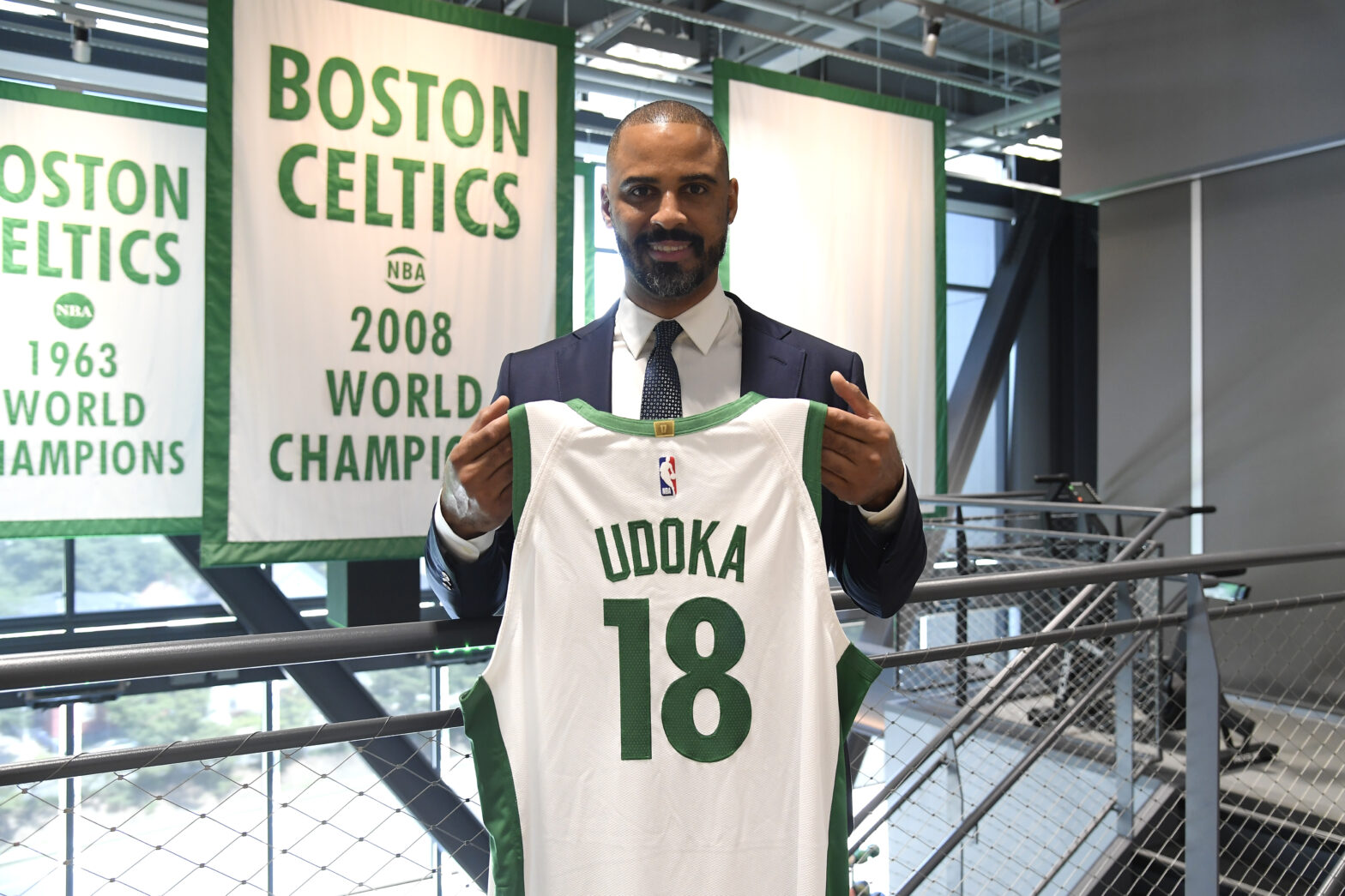 The Boston Celtics were expectedly very active this offseason. After a disappointing and injury-filled 2020-2021 campaign, staff and roster shakeup was inevitable. This roster and the moves made to it seem to resemble the culture of new coach Ime Udoka. Udoka has made it clear that getting the Celtics back to being a top 5 defensive team is high on the to-do-list. Although talent has been lost with the departures of Kemba Walker and Evan Fournier, team construction is better than ever. While they headline those who left, Dennis Schroder and Al Horford are among the new additions. Many Celtic fans try to decipher where they think the new additions will place them in the East. Looking at the new Celtics group, I’ll try to determine my ceiling and biggest concerns for the boys in green.

Following Danny Ainge‘s departure, former head coach Brad Stevens stepped right into his newly appointed President of Basketball Operations role with a plan. When the call came in that Brad was moving up, myself and most Celtics fans were very skeptic. Subsequently, Brad pulled off multiple moves that needed to be completed. Firstly, Brad sent Kemba Walker and the 16th overall pick to OKC for Al Horford and Moses Brown. Trading Kemba wasn’t easy, but given his contract and injury history the clock struck. Al being in that deal certainly made the transition for fans easier and it also set up a theme change for the team.

Secondly, after extensive review Brooklyn Nets assistant Ime Udoka won the head coaching vacancy. Udoka is another coach coming from the Greg Popovich tree and has ample experience with star players. What also helps is that he was once a player. Although Brad was a great x’s and ‘s coach, he lost the voice last season. Many players in training camp are already signaling that coach Udoka will not hesitate to get on them and they love having a coach they can relate to. He spent 7 years in the league and was widely known as a gritty defensive veteran and his current team has taken on that persona.

Al Horford is the first that comes to mind when we think of new defensive veterans on this team. But Schroder and Josh Richardson both fit that mold. Schroder hears all the jokes and the memes but despite that he is really scrappy on the defensive end and an ideal secondary playmaker. Just two years ago, he was the sixth man of the year averaging 19ppg. In addition to his offensive talent, he differs from past Celtics PGs.

Schroder isn’t a high volume scorer like Kyrie Irving or Kemba Walker but that is exactly what makes this good. Jayson Tatum and Jaylen Brown both will average north of 25ppg next season, so why have a 20ppg point guard? Furthermore, if the Jays are really the “pillars” of the organization it would only make sense to construct the team properly around them. Everyone on this roster has to specialize in what they don’t. Certainly as two all-stars they aren’t bad at anything but having guys who are defensive primary, can play-make and catch and shoot fits better. We also know for sure Josh Richardson is going to give us an edge defensively and provided playmaking, but this team takes the next step if he ups his 3pt percentage.

Above all, the Celtics really wanted the Kemba experiment to work but it just never materialized. Every time he suffered an injury it seemed like the team could do without him. His first season with Boston he missed a chunk of games after the all-star break and this allowed Tatum to scratch superstardom. For example, Kemba missed January of that season and in that span Tatum averaged 30ppg, 7rebs and 3ast. Brown also elevated to all-star conversations and Marcus Smart evolved into the teams best passer. Kemba also missed the first 11 games last year and the Celtics were 8-3. Without Kemba, Brown made a bigger leap to averaging over 25ppg. The last straw was health. The organization dedicated the season to keeping him healthy and not allowing him to play back to backs. All of this precaution meant nothing because he still got hurt in the playoffs.

Evan Fournier only played 16 games with Boston in a contact year. Although Evan had his games, it’s tough to gauge a guys value in limited time. Also it’s even tougher when that guy is battling COVID while coming to a new team. I firmly believe that the C’s never got to see the whole Fournier express but when the Knicks offer him 20 million there’s nothing you can do.

Tristian was cool but he doesn’t fit the timeline for the team or that of the center position. He doesn’t stretch the floor and everything he gave us on the boards can definitely be replicated by the current group of bigs. Semi and Tremont were end of the bench projects who had their games but never turned out to be reliable consistent options. And as for Tacko… I wish we could have worked something out.

Long story short the highest this team can go to me is the 3rd seed in the East and another Eastern Conference Finals birth. During the season I fully expect the top two seeds to be the Brooklyn Nets and the reigning champion Milwaukee Bucks. From seeds 3-10 you can pencil in the playoff teams but you never know where. The 76ers are still in the whole Ben Simmons saga and things are just getting worse. The Hawks are great but still young. As a result, that age could lead to them having a few game skid and could very well be the difference between a seed. Miami has improved but I wouldn’t say top three worth. If everything is clicking that 3rd seed is for the taking and the Celtics are an MVP caliber Tatum season away from that.

To most NBA fans but especially Celtic fans, health is always the biggest question mark. Last year Boston was number one in COVID days missed by players and also had an abundance of injuries to top players. Tatum suffered from COVID and had to play with an inhaler, Brown suffered multiple lower body injuries and is still nursing a wrist that held him out of the playoffs. Marcus Smart missed 18 games due to a calf strain. In addition, the biggest injury question always belongs to Robert Williams. We know what he can be but there is always an “if” so i’m going to do one here. If Rob can stay healthy he will be selected to an all-defensive team and be the undisputed 3rd best player on the team.

With a new head coach, a newly constructed roster and elevated play from those needed, the Celtics have a chance to surprise the league.