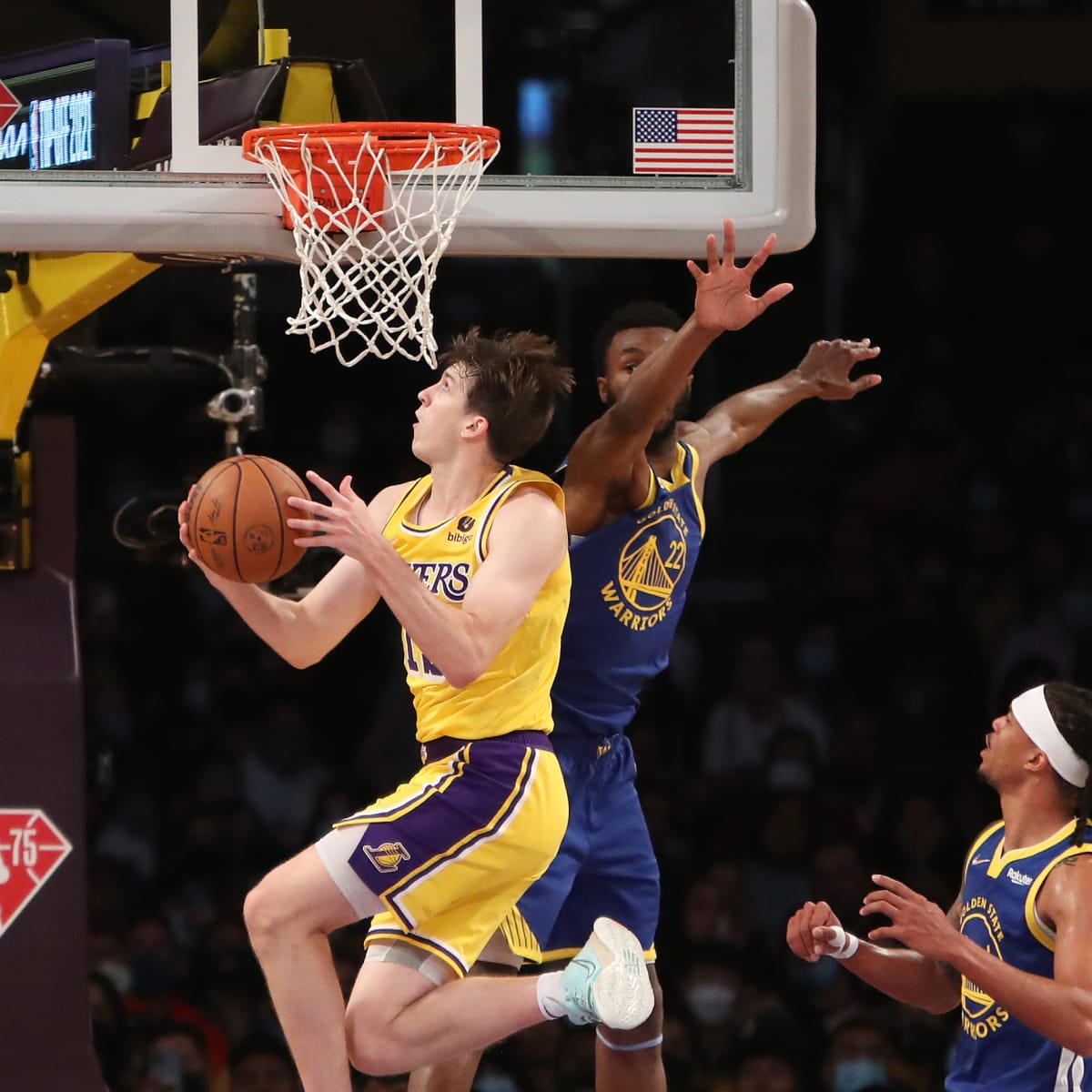 We need to find Austin Reaves a better nickname. His fan club, amongst Laker fans, is growing exponentially each day. This kid is something else. So much poise for a rookie, and a similar tenacity to a former fan favorite, Alex Caruso. It’s obvious why fans have become so enamored with him. What’s not to love.

His Current Nicknames are Lazy and Unoriginal

He has a couple of nicknames that people keep trying to push, but I think both of them are terrible. Thankfully neither seem to be sticking, at least. A player like this deserves a better nickname than Hillbilly Kobe or AR15, the two I’ve seen being pushed. Hillbilly Kobe is just lazy an unimaginative, in my opinion. AR15 is OK, but there has already been an AK47 (Andrei Kirilenko) and that type of nickname is more suited to a pure shooter.

He’s much more than that.

He plays great defense, and is a wonderful passer. His shooting mechanics are pure and almost flawless. I think the thing us Laker fans love the most though, is he is absolutely fearless. He even had two great tie ups last night, with bigger stronger guys, and was able to get the calls for a jump ball. That’s impressive for any guard, but a rookie guard. That’s almost unheard of.

Some of Us Find Austin Reaves in Our Dreams

I think us fans love guys like him because it gives us a chance to dream. Most of us know we can’t be LeBron or KD, but we can look someone like Austin and think “Maybe if things broke all the right ways that could be me.”. It’s maybe a little unrealistic, but it’s something that makes us feel closer to our own hoop dreams.

Shout out to Brian Scalabrine for reminding us fans that he is closer to LeBron than we are to him. You are doing god’s work. Just let us fans dream a little though. Don’t steal our thunder with facts on little dreams like this, please Brian.

I have a suggestion for a better nickname for Austin. It is both an homage to Kobe that still holds him in reverence. I think we should start calling Austin the White Cobra. He’s not as deadly as a black mamba, but he’s still a killer. What do you think? Anyone have any better suggestions?

← Lakers Starting to Get It Together against Cleveland Bam Adebayo Too Much For Hornets, Heat Keep Rolling 99 - 114 →