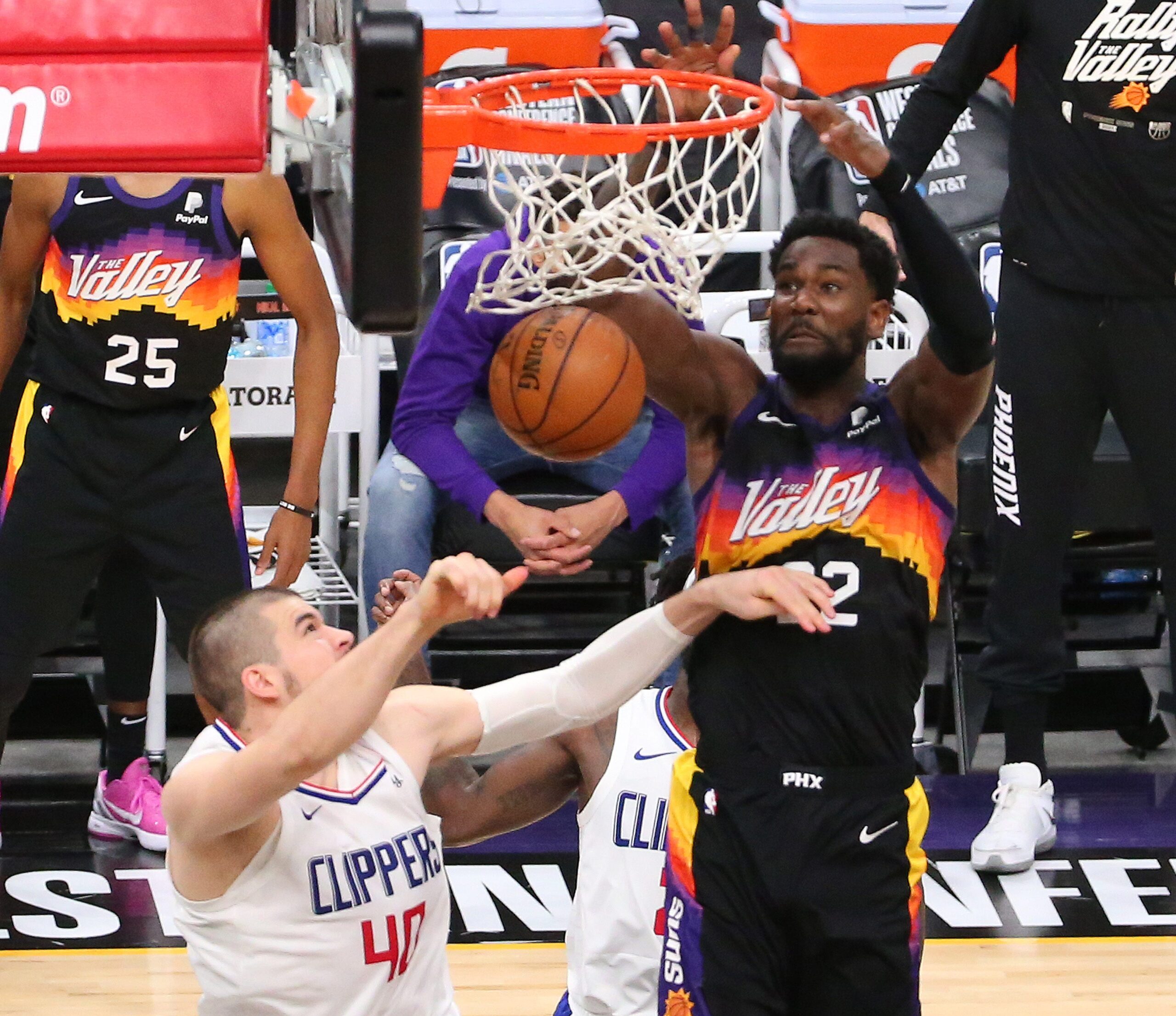 Well, that one hurt. There is no possible way to sugar coat this loss. Not that the Clippers had any business winning this game, they did not. Nothing about their play last night showed that this was a game they could or would win. Yet somehow, inexplicably, the Clippers had the win. They literally had it. It was handed to them by the basketball gods. They finally shown a light down on the franchise and gifted them a win in the Western Conference Finals. A win in the WCF; something they had never achieved to date. This was big! All the Clippers had to do was accept the gift and protect it.

They didn’t. They coulnd’t.

Ivica Zubac was the right person to guard Ayton on that play. The problem I had with it was that he started by guarding him 17 feet from the hoop. No one expected the final shot for the Suns, with .8 second left, to be a mid range jump shot by Deandre Ayton. The coaching staff should have done a better job positioning Zubac closer to the rim. Everyone knew Ayton would likely make a run for the hoop. Even Jeff Van Gundy mentioned it on the national broadcast. Instead, Zubac pressed him like you would a jump shooter, he went through a good screen by Booker and boom.

Surviving this mentally will be tough for the Clippers. But, nothing helps cure the sting of a loss like a win. As bad as it looks and feels now, things will look and feel better if the Clippers can take game 3 at home.

Deandre Ayton. Pains me to admit it, but he was the difference.

Zubac had a double-double with 14 points and 11 rebounds. Rajon Rondo and Patrick Beverley contributed at the point guard position. The key to winning this gave however was having one of the role players take on the PG role. George has to take on the Kawhi role, so it makes sense. Reggie Jackson did his best PG impression with 19 points, but the Clippers needed more. In game 2, they just didn’t get enough from everyone.