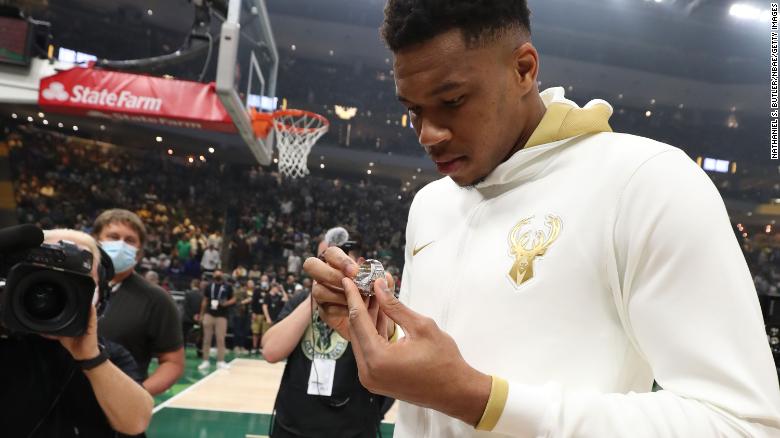 Despite a beautiful ring ceremony and banner raise before the game, the Milwaukee Bucks came into game one focused. For the Brooklyn Nets, no one seemed to remember it wasn’t a preseason game. Even though it was the first game of the season, Bucks fans couldn’t be happier with how their team showed up. The Nets, on the other hand, should be worried about their team “guaranteed” making it to the NBA Finals.

Aside from an injury to Jrue Holiday, the Bucks seemed to have the majority of their team clicking, and most importantly, their biggest stars, Giannis Antetokounmpo and Khris Middleton. Antetokounmpo had 32 points, 14 rebounds, and seven assists, helping his team to a 127-104 win over the Nets. The Bucks looked hungrier than most teams who just won the championship and should be thankful for the very little press coverage and preseason hype most other teams receive.

Brooklyn can only hope that a possible Kyrie Irving trade could help them get a little more depth and less weight on the shoulders of Kevin Durant and James Harden. While both Durant and Harden had a great night, the “super team” aspect seems to show its biggest flaw when playing a team like the Milwaukee Bucks, depth. Even though the first game of the season can be hard to analyze the team as a whole, the Nets are once again relying on two injury prone players to carry this team all the way to the Finals.

← Mayhem at the Garden Phoenix suns Game 1 Recap: what we learned... →