In Defense of Today’s Game 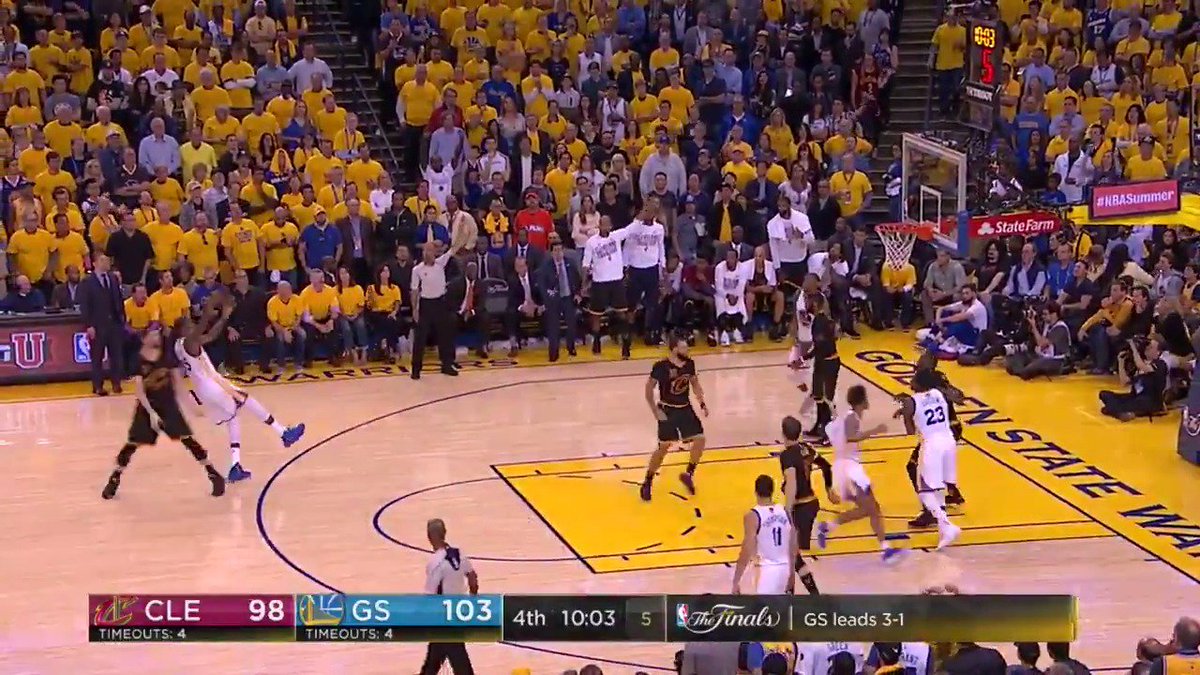 I am here to speak in defense of the way the game is played today. Unlike a lot of older fans, I don’t pine for the old days of hand checks and hard fouls. I love the fact that the game has less contact these days. Basketball was designed to be a “non-contact” sport. There are times where that line can be overstepped a little. After all these are very large grown men, who are very competitive. The occasional hard fouls is still part of the game, but I’m glad it’s not as prominent as it used to be. The game is better, as a whole, for it.

Nineties basketball is the poster child for a lot of the “good ol’ days” arguments. There are even a few extra grumpy folks who insist the seventies were the best era. I won’t argue with them though because, just like the league back in the seventies, they scare me a little bit. The seventies were no joke. The league almost didn’t survive because of all the fighting, back then.

The Eighties revived the league, thanks to Magic and Bird, and it was high scoring high flying fun for most of that decade. There were hard fouls and fights, but it didn’t feel out of control like the 70’s did. Then came the 90’s, the era of isolation ball, hard defense and low scores. Games would often finish with scores in the eighties, when teams were regularly breaking a hundred on a nightly basis, in the previous decade.

At times Nineties basketball was…hard to watch. It did at least give us Michael Jordan‘s reign, and his singular talent for making seemingly impossible shots. That took a little bit of the sting out of the deliberately slow paced games, sometimes. Not often enough for me though.

The Eighties were my formative years for watching Basketball, so I have a soft spot for fast paced high scoring games. It’s what keeps me riveted to a game. I just don’t enjoy watching 48 minutes of isolation ball and hard fouls. It’s boring to me. It was at least entertaining when Mike was going off, but he was just one guy.

The NBA finally did away with the hand check rule in 2004. This improved things slightly. They were still playing a lot of isolation ball, but the game opened up a little more. Spacing increased, and offenses flowed better. Scoring improved, but it still wasn’t like the eighties. Speaking in defense of this era is a little easier than speaking in defense of the nineties, for me at least.

This rule change helped facilitate the second greatest single scoring performance by a player. Kobe Bryant‘s 81 point game against Toronto. This was progress, but I still yearned for the high scoring high flying days of my youth.

I remember the first time I saw a big man shoot a three. It was in the late eighties, back when it was still very rare. It was at The Pit watching my New Mexico Lobos play BYU, one of our most hated rivals. Michael Smith was BYU’s best player, at the time. He was 6’10” and moved like a guard. When he pulled up for his first three in that game, I laughed. The laughing stopped quickly as the ball hit the net for a perfect swish. I couldn’t believe it. I could hear my coach, at the time, in my head yelling “That’s a bad shot!” For most 7 footers it was, but not Michael. I thought he was just a freak of nature, and I had no idea what the game had in store for all of us in the future.

Defense of the teens is easy for me. The game underwent it’s biggest change about the same time LeBron went to Cleveland for Miami. Before that players usually only played one position, and only the truly versatile would maybe play two positions. With the game becoming more and more international, the talent pool got larger. Benches got deeper. Coaches were now going 10 or 11 deep with their rotations. In the past a rotation larger than 9 was sometimes considered suspect.

The overall skill level of all players increased dramatically. Suddenly almost everyone could shoot and pass, even the big men. This is where the game really started to open up again.

Now seven footers not only take threes regularly, they practice to get better at it. Something the big men of the past just didn’t do. Coaches used to go ballistic if they even thought about it.

In Defense of the Warriors Changing the Math for Everyone

in 2015 my love for this game went through the roof. The Warriors brought back the fun, and left me in awe. High scoring basketball with a motion offense that was just simply beautiful to watch. I love passers, great shooters and motion offenses. I was in Heaven watching them play, especially since my Lakers were still struggling in the post-Kobe years.

It was hard to run a motion offense when the paint used to be so clogged up. It was usually seen more in college than in the pros, before that.

The Warriors were ahead of everyone else, rather suddenly. They even changed the math and made the three pointer the focus of their offense. It was no longer a “bad shot”. The league looked like it had a lot of catching up to do.

In 2016 we saw the Warriors break the Bulls regular season record with 73 wins. It looked like they were about to win a second championship, in as many years, but instead we got something amazing. One of the greatest finals ever played, and one of the greatest finals performances ever witnessed, by LeBron James. That was the antithesis of boring. I will forever speak in defense of the Warriors, and what they did for the game, because of this finals.

The Rest of the League Stepped up to the Challenge

I’ve watched a total of 36 NBA finals in my lifetime. If I had to rank them all, I would be hard pressed to find a better number one, than 2016. I enjoyed watching that finals more than some of the Lakers championships I’ve witnessed, believe it or not. It literally had it all.

When Kevin Durant joined the Warriors the following season, at first it felt like overkill. I thought things were going to get boring again, but the league didn’t just fold and hand the Warriors the title. They stepped up their games, and started to catch up to the Warriors. The Rockets even came one hamstring injury away from knocking them out in the WCF of 2018. Another historic series.

The Warriors and their run literally made the whole league better, in my opinion.

Today’s players play at an extremely high level. I think the complainers are missing out on that greatness. I’m not here to tell you how to be a fan, or tell you what you should like though. If you love old style isolation ball and hard fouls, knock yourself out.

If you don’t agree with me, that’s fine. There are plenty of places you can watch games from the past these days. Just maybe next time you do, bring up two screens. One with the old game, and one with the new. Watching them side by side is pretty eye opening.

Lastly, to all the old heads I know that still claim the 70’s is the best era. Again, I’m not arguing. Wilt Chamberlain, Kareem Abdul-Jabbar and Oscar Robertson forever! Please don’t reenact me as Rudy Tomjanovich and you as Kermit Washington.

← Los Angeles Lakers Take On the Young Thunder without LeBron Trouble In Paradise? →