Is Russell Westbrook A Good Fit With the Lakers? 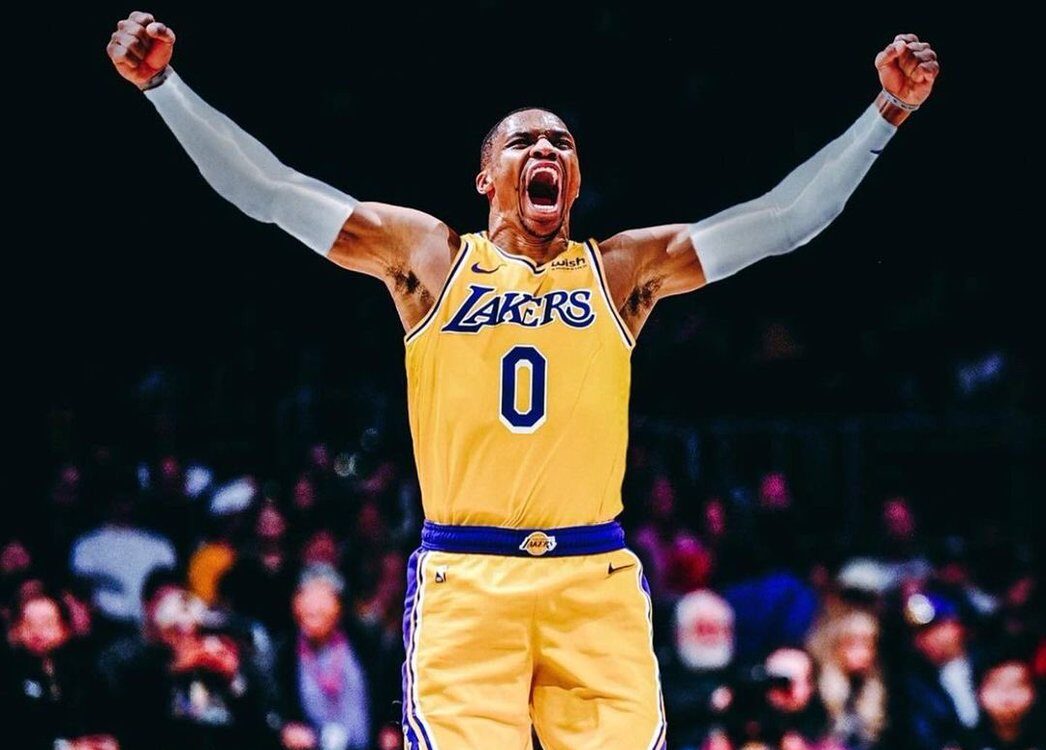 Is Russell Westbrook a good fit with the Lakers.? We’ve heard all the doubters, ad nauseum. He’s an inefficient shooter. He needs the ball in his hands to succeed. He is not a good team player. Even though that last one is a really bad take. We’ve heard it all in regards to Russell Westbrook, and some have even glossed him with the cruel nickname “Westbrick”. To be fair, he’s not a great shooter, but he’s definitely not a bad shooter either.

But, I get it. Those tags and the nickname, do stick to him sometimes. They are not without some merit. He did kind of earn those labels. Except the one about him not being a good team player. That’s just ludicrous. The one thing no one can question though is his heart and effort on the court. He is the epitome of the cliché “giving 110%”. This is a tremendous help for him to to fit in with just about any team.

Westbrook can really fill a big need for the Lakers

The Lakers had one obvious need last year. A guy who can step up and lead this team if Lebron James and Anthony Davis go down. They gave Kyle Kuzma chance after chance, but he just wasn’t that guy. So, when I heard about this trade I personally lost my mind because I know Russ IS THAT GUY. Fans don’t have to worry if he’s more worried about his instagram page, than what’s going on on the court. No Offense Kuz, but before you say anything about the dress, Russ can get away with that because of that 110% he gives on the court.

Westbrook is a good fit for this reason. He gives the Lakers flexibility during the season to get some strategic rest for Lebron and AD. He is perfectly capable of being the alpha a few times a year if they need him to be. I think that’s perfect for him. Russ will fit in in L.A. because he only runs into problems with efficiency when he is asked to do too much.

Westbrook will get the ball in his hands, and have a field day when he does

LeBron appreciates having someone who can share the ball handling duties. See Kyrie Irving for an example of this. It can work out quite nicely, but of course it can flop too sometimes. See Dennis Schroeder. So, I understand where the doubters are coming from, but Westbrook is living in a point guards dream right now. I think Westbrook will fit in with the Lakers. because he now has FOUR devastating lob options to play around with in Lebron, AD, Dwight Howard and DeAndre Jordan. He has nice shooters in Wayne Ellington, Kent Bazemore and the ridiculously silky Malik Monk. Every pic and video I’ve seen of the Lakers practicing he’s smiling literally all the time. He’s like a kid in a candy store right now. So, as far as him needing the ball in his hands to succeed there is no indication that’s not going to happen. He probably will be asked to shoot less, but I think he will accept that role as long as the wins keep coming.

Russ is at his best when he’s attacking the basket. He’s easily one of the best finishers in the game. His inefficiency problems usually only show up when he has to take a volume of three pointers. I really don’t ever see a scenario where Frank Vogel would be asking that of Russ, unless LeBron and AD both went down, and if that happens again the season is shot anyway. If the majority of his points come from him taking it to the cup, which he should get plenty of opportunities for with this team. he could end up actually being quite efficient from the field, for the season.

The last team he had with talent at this level was in Oklahoma City, and he came within one game of the Finals, and that was with two players that are known to be a little selfish sometimes. LeBron is inclusive, and will lift other guys up in ways that Kevin Durant and James Harden just don’t. That’s not a slight on them, they are just different players. Scoring is their priority, and it works well for them.

LeBron is the rare breed that gets just as much satisfaction out of a good pass, and pumping up a teammate, as he does beating someone one on one. That is the biggest reason he’s been so successful in this league, and why he was able to carry some really subpar teams in Cleveland all the way to the Finals. He understands that everyone needs to feel included and get their chance to “eat” for the team to win and win big.

So, in conclusion I think Westbrook is a good fit because Lebron is going to pull out every tool he has in the belt to make it work with Russ, and if he doesn’t I will gladly eat a huge plate of crow and tell everyone I was wrong.

← Chicago Sky Are Headed to the Finals! Revenge of the Suns →