Lakers Escape with the win in San Antonio 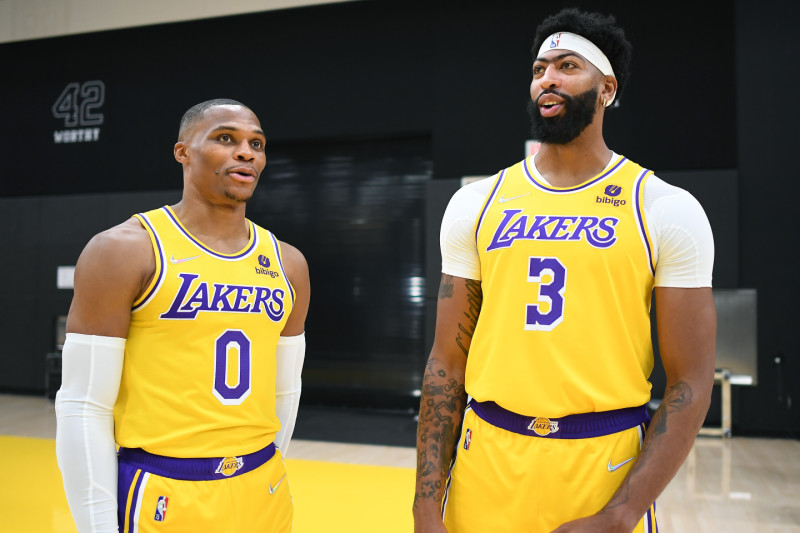 The Lakers escaped with the win in San Antonio tonight. It literally felt like they barely made it out of there tonight. What an overtime thriller! Hampered by injuries they faced a very feisty and, believe it or not, fun to watch Spurs team that gave them everything they had. Final Score: Lakers 125 Spurs 121.

Russ and AD Came through without LeBron

With LeBron James out because of an ankle injury it was all up to Russell Westbrook and Anthony Davis. They both played well, despite some issue the Lakers still have, and helped deliver the overtime win. Russ finished with 33 points 10 rebounds 8 assists and added 3 steals. AD had 35 points 17 Rebounds 4 assists and 4 blocks. One of those blocks was a “Swat it to the cheap seats” block, I might add. Got to love that.

AD was very assertive offensively to start the game. It was nice to see from him. He did take a lot of hits down low, and as usual for him he spent a lot of time on the floor. He even gave us a scare late in the game when he twisted his ankle. Then another scare when he knocked knees with Dejounte Murray with less than a minute to go in the game. Thankfully he kept playing after both. It looks like the bulking up is paying off for AD in terms of durability. That’s nice to see.

Russ played like Russ finally. Just two assists short of a triple double. He was free and doing his thing tonight. He does still have some issues though. I would like him to take less threes. It’s the best way to hide his inefficiencies.

He was great taking it to the cup tonight. It was nice to see him taking it to the hole when a play broke down. In previous games he was running out the clock and trying to pass. That’s an advantage he needs to exploit. He can beat anyone off the dribble and he’s a great finisher.

Lakers Escape With the Win Thanks to Monk

Malik Monk was the Unsung hero of tonight’s game. He finished the game with 17 points and 3 assists. Hitting a critical three late in the game that helped the Lakers get to overtime. As the surprise replacement for LeBron tonight, I expected Carmelo Anthony to start, he played well. Malik is definitely the steal of free agency if he’s going to play like this for the Lakers.

The Lakers do still have some issue with closing quarters though, and it’s hard not to think it’s not just mental at this point. It was nice to see them make the comeback in the 4th quarter tonight, and close out overtime. It’s a good start for this team. Russ gave us what we got him for, a win without LeBron in the lineup. Not bad.