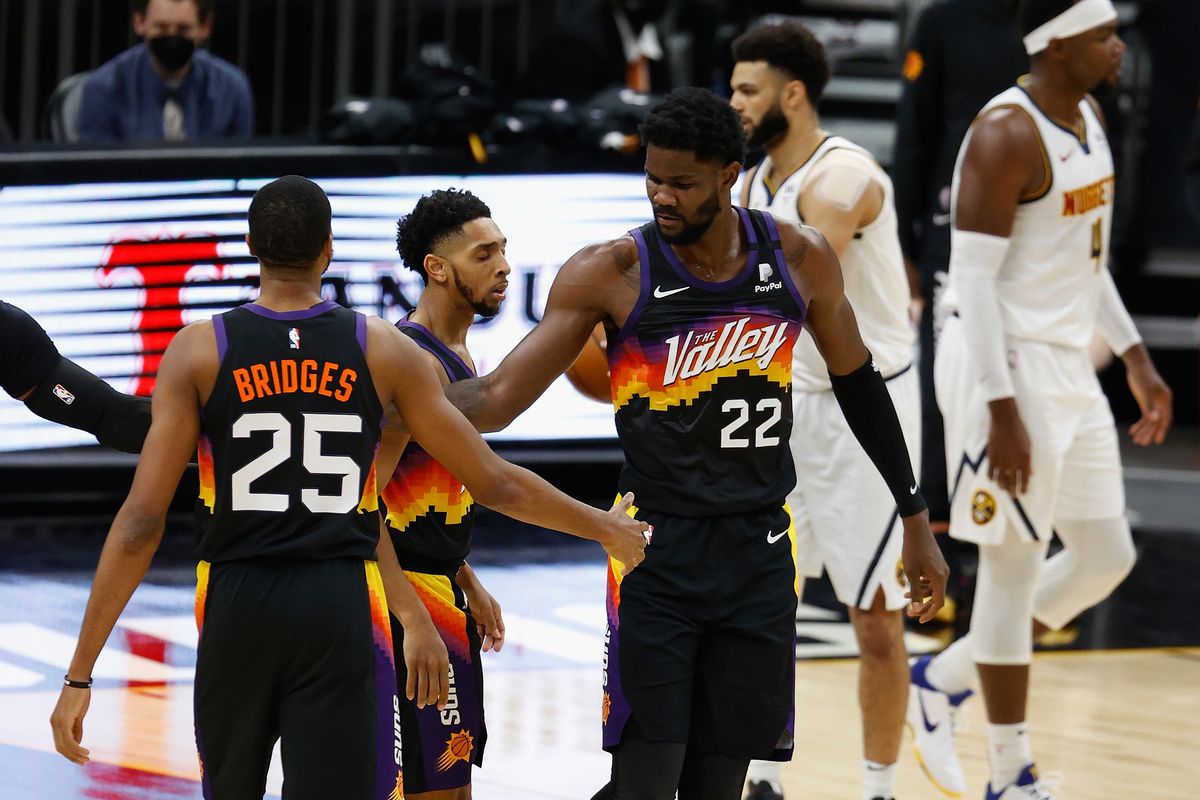 Tonight at 8:00 p.m. the Phoenix Suns who have won 11 games in a row will have a rematch with the team that handed them their very first loss. This game will decide just how serious our championship aspirations are. They don’t have the better team, but we were bested by their 7 foot MVP and some hot shooting by Will Barton. Winning this game though will give us our 12th straight victory as we head into a 3 game stretch against NBA bottom feeders. The Knicks, The Cavaliers, and the Spurs. The Knicks have a winning record, but don’t let it fool you. They are still the same sorry Knicks we poke fun at every year.

Sometimes an overblown narrative, but not in this case. The Phoenix Suns are a steaming train of success and won’t be knocked off this hot streak easily. They play team ball, and everyone gets a piece of the pie. The best part of our team is the depth as I’ve stressed over and over, our team is built so well that Booker doesn’t need to drop 40 for us to be successful. Bridges can carry the load with Chris right after him. Even Ayton can drop 20 on you and clean up the glass while Payne and Shamet combine for 35. Our team is hungry, talented and pissed off that’s a healthy mix of beat down for anybody on the opposite side.

Quiet as it’s kept the two games versus the Mavericks were easier than they would’ve been had Luka Doncic played. Because he was out those games there was an in-balance on the “Star Power Scale”, and no matter what era you play in the team with the better players will typically win the game. This transcends even just basketball. This is a life lesson and is true for a lot of things in the world: board games, card games, other sports, cooking competitions, e-sports, etc.

The best players have the biggest impact and give you the best chance to win. With that being said this game will become easier or harder to win depending on Nikola Jokic. He’s unquestionably the best player on the squad, and would add a lot of weight to their side of the scale. He is currently sidelined with a wrist injury with no timetable for return.