The return of the “Carushow” and Lonzo’s revenge 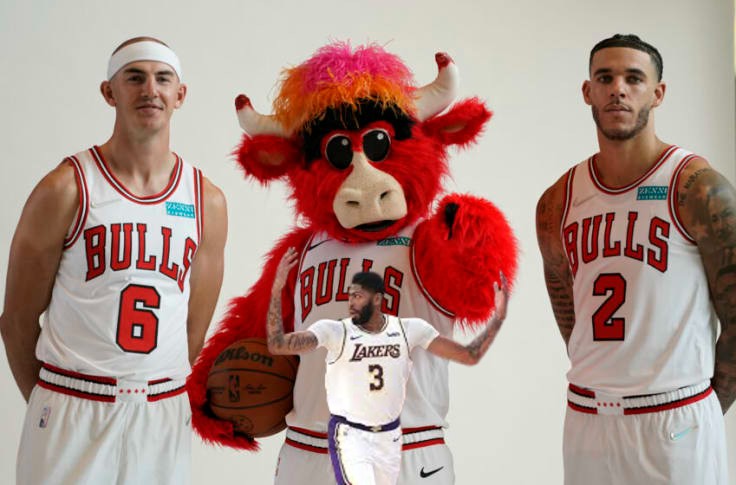 The return of Alex Caruso was at the forefront of Lakers fans minds last night. He even got a very nice tribute video.

Maybe Lonzo Ball felt a little slighted, because he went off last night. He finished the game with 27 points 7 rebounds and 8 assists, while making 7 of 10 three pointers. Zach Lavine also added 26 points 5 rebounds and 5 assists. Demar DeRozan lead all scorers with 38 points. Trevor Lane, Senior writer and podcaster for Lakers Nation, had a tweet that summed up the night perfectly.

AD Looked Small in the Paint

Despite the Bulls rolling out a small ball lineup, Anthony Davis was stifled in the paint. The Bulls were swarming on defense and quick to double team him. He was passing the ball out of those situations, but the Lakers couldn’t knock down their outside shots when he did. They finished the game an abysmal 18.8% from three and only 45.6% from the field.

I will give the Bulls a lot of credit. They played a great game, the Lakers just couldn’t adjust or knock down open shots when they needed to. That’s usually a recipe for disaster. This was a tough loss, but it wasn’t a bad loss per se. The chief complaint I have about last night was that AD was shooting way too many jumpers. Take a look at his shot chart. Only two shots made down low. This is extra frustrating because AD was dominant the night before. This should have been a matchup he exploited. The Bulls are just too small for the Lakers to be allowing this.

THT Looked Great for the Second Night in a Row

Having Talen Horton-Tucker back on the floor has been great for the Lakers. He’s a rising star who has gotten better each season. He finished the night with a team high 28 points and 6 rebounds. His shot looks better, his defense is better, and his strength of driving the lane even looks a little better. This kid is impressive, and has obviously been working hard on his game. I think the rest of the league is about to find out what a rising star he is.

He and Russell Westbrook kept the Lakers in the game in the first half. Russ finished with 25 points 6 rebounds and 8 assists. AD finished with 20 points and a measly 6 rebounds, another thing that shouldn’t be happening against an undersized team like the Bulls.

Tough Road Trip on the Horizon

The Lakers are starting a five game road trip on Wednesday, beginning with the Bucks. There are rumors that LeBron will be ready to play again in Boston, on Friday. His rehab has been going well, and he is currently day to day. The Lakers could really use him. It’s been a bumpy start to the season, but I have faith that things will get better if we can just get everyone healthy again. Trevor Ariza and Kendrick Nunn still haven’t played a minute in the regular season. Austin Reaves should also be back before too long. Just take a deep breath and relax, Lakers fans, it’s still not even Thanksgiving yet.

← Wizards rally to win against Pelicans Why The Knicks Are Struggling →