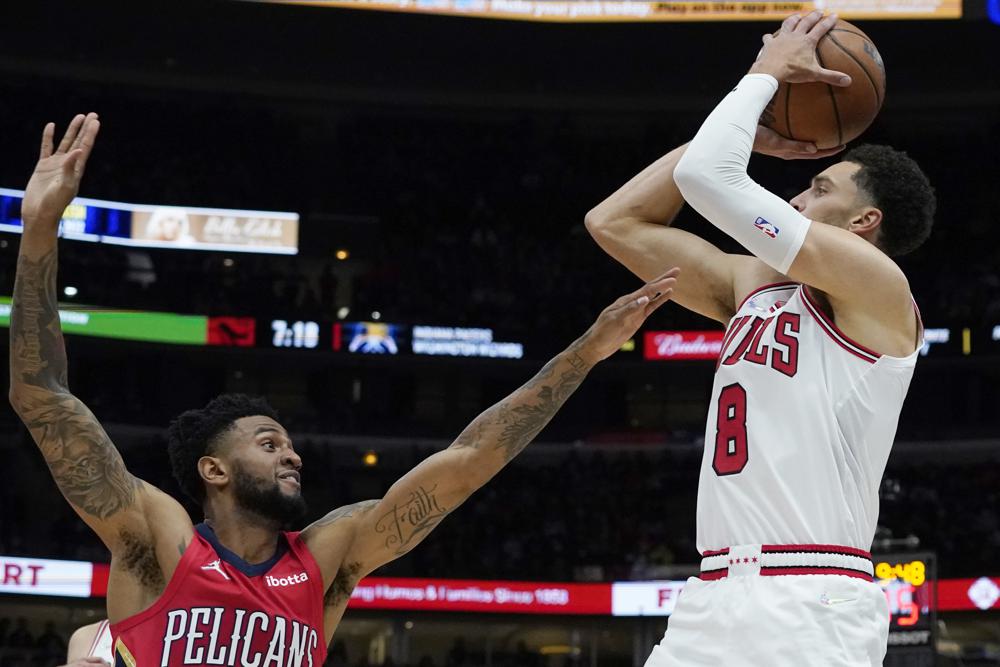 After an exciting off-season, week one of the season brings even more excitement for Bulls fans. Off to a 3-0 start, the Bulls led by Zach LaVine proved that they can and will win basketball games. Let’s take a closer look at what is going well and what warning signs we’ve seen so far.

The Good News from Week One

Averaging 26.7 points, 5.7 rebounds, and 4.7 assists, LaVine showed that this could be his best season yet. His scoring and playmaking drive the Bulls offense alongside Lonzo Ball‘s playmaking, DeMar DeRozan‘s mid-range scoring, Nikola Vucevic‘s pick-and-roll game, and hustle from Alex Caruso, Javonte Green, and Patrick Williams. Expect the new-look Bulls to generate ridiculous highlights all season long.

While the crowd-pleasing style from week one looks beautiful, this team wins games due to some major fundamental improvements this season. Active hands, diverse pick-and-roll coverages, and great rotations lead to easy buckets in transition facilitated by Lonzo, Zach, and AC. Controlling the game defensively suggests that this team can consistently win games regardless of who’s hot and who’s not on any given night.

The Bad News from Week One

The biggest downside to week one had to be the easy schedule. No disrespect, but the Bulls haven’t played a healthy team, let alone a competitive one. These first few games showed some signs that the rotation is a little too weak at the end of the bench. Even though it hasn’t been a huge issue so far, better and more complete teams are bound to expose the lack of depth, especially in the big man rotation.

Week two might be an uphill battle. First, Toronto and their high-intensity frontcourt rotation might expose our lack of depth, but I still believe we will win that game given our high offensive potential. A matchup between Scottie Barnes and Pat Williams should be fun to watch. After that, we face the Knicks. If we hit our offensive stride early, I believe we can handle their tough style and tall lineup. We finish the week against the Jazz, and I honestly don’t think we can win that game this early in the season. Their efficiency on the offensive end and Rudy Gobert on defense are a lot for the Bulls to handle.

I can’t wait to see how Chicago plays against some higher-caliber teams. If we are what I think we are, the Eastern Conference is in for a high-flying surprise!

For more Bulls related content check out this link: https://thepeachbasket.net/zach-lavine-im-not-going-anywhere/

For more Bulls stats and info check out this link: https://www.basketball-reference.com/teams/CHI/2022.html

← Lakers still Struggling Clippers First W is a Dominate One →