What’s The Problem In Boston? 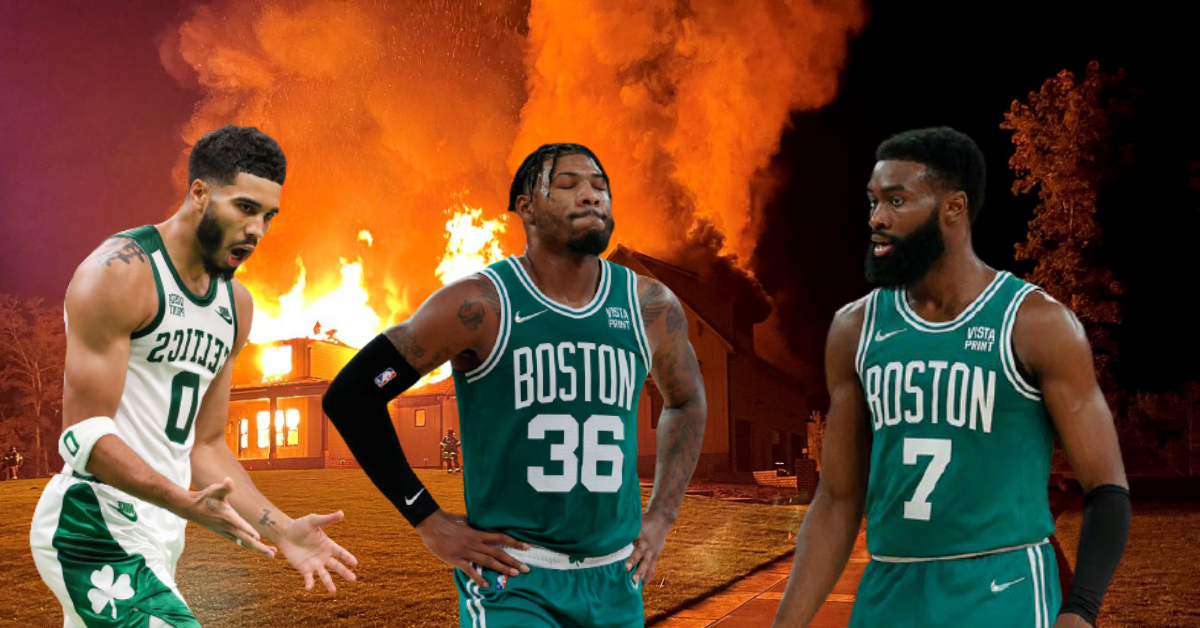 What’s the problem in Boston? Boston has had breakdowns in every game this season. They appear to have these issues:

1. Udoka doesn’t appear to adjust well in games as evidenced by the teams inability to benefit from their timeouts. Boston’s goal after timeouts has been to get the ball in Tatum or Brown’s hands and get out of their way. Udoka is a new coach and is learning on the fly, a difficult situation for any new coach. Hopefully he will learn to make the correct adjustments.

The switching defense has turned into a mess. Boston gave up the dribble drive, as well as going under screens, allowing open jumpers for Chicago. LaVine and DeRozan were getting open looks and for those two, who are good shooters, that’s often a problem. The Celtics need to have some type of rotation to stop the dribble drive at the rim. Williams and Horford switching to guard fifteen feet from the basket negates our best shot blockers. The Wizards continually ran a screening action Saturday night that put a big on Dinwiddie leading to success for Washington. Teams are dictating the matchups they want against Boston. Boston appears confused defensively and it must be corrected. Boston hasn’t shown the ability to take away other teams player’s strengths. I’m sure they are preparing properly but it seems like last year with those same mistakes.

2. Romeo Langford was the third best player on Boston during summer league. Langford projects as a good bench player down the road and has improved. His strength appears to be on the defensive end. On Saturday we could have used a better shooter instead of him.

3. Peyton Pritchard and Aaron Nesmith project as players with more potential than Langford and were clearly better last summer. Why not use them? Boston isn’t close to a title so developing players should be paramount. Nesmith and Pritchard demonstrated the ability to pick up the team last year. Their value could only improve if they decide to trade them.

5. Jayson Tatum has had a tough time thus far this year shooting the basketball. Tatum was a better shooter earlier in his career. Tatum needs to bring it every night because defenses are gearing up to stop him. Tatum’s constant complaining about being fouled doesn’t help. His complaining led to an easy Chicago basket because he was late getting back on defense. Udoka, I’m sure, has spoken to Tatum about this, the next step is to take him out. Tatum, hopefully, will then understand how it’s hurting his team.

6. Brown and Tatum, our two best players, must learn how to move the ball better. The ball moves quicker when passed, dribbling only bogs down the offense. The Bulls put on a clinic in the fourth quarter. Their ball movement and off the ball screening provided open looks for DeRozan and LaVine. Tatum and Brown still play iso ball. This needs to stop and they need to use their teammates when double teamed. They continued to go at Chicago even though they were double teamed. For our two best players to take the next step they need to begin reading the defense and respond accordingly.

7. Boston had little energy in the fourth quarter last night. Was Boston tired from the double overtime game Saturday or did Chicago break their spirit. Horford having to play over thirty minutes a game will wear him down over the season. The J’s playing extended minutes will wear them down as well. The Celtics liked their depth coming into the season but aren’t using it. The Bulls seemed to get every loose ball and rebound in the fourth quarter. Why?

If the Celtics are to turn it around they need to begin to fix these problems. Boston has enough talent to do well but unless they break some of these habits it could be a long year.

← The Spurs Rebuild Season So Far It's the Ball! →