Why The Knicks Are Struggling 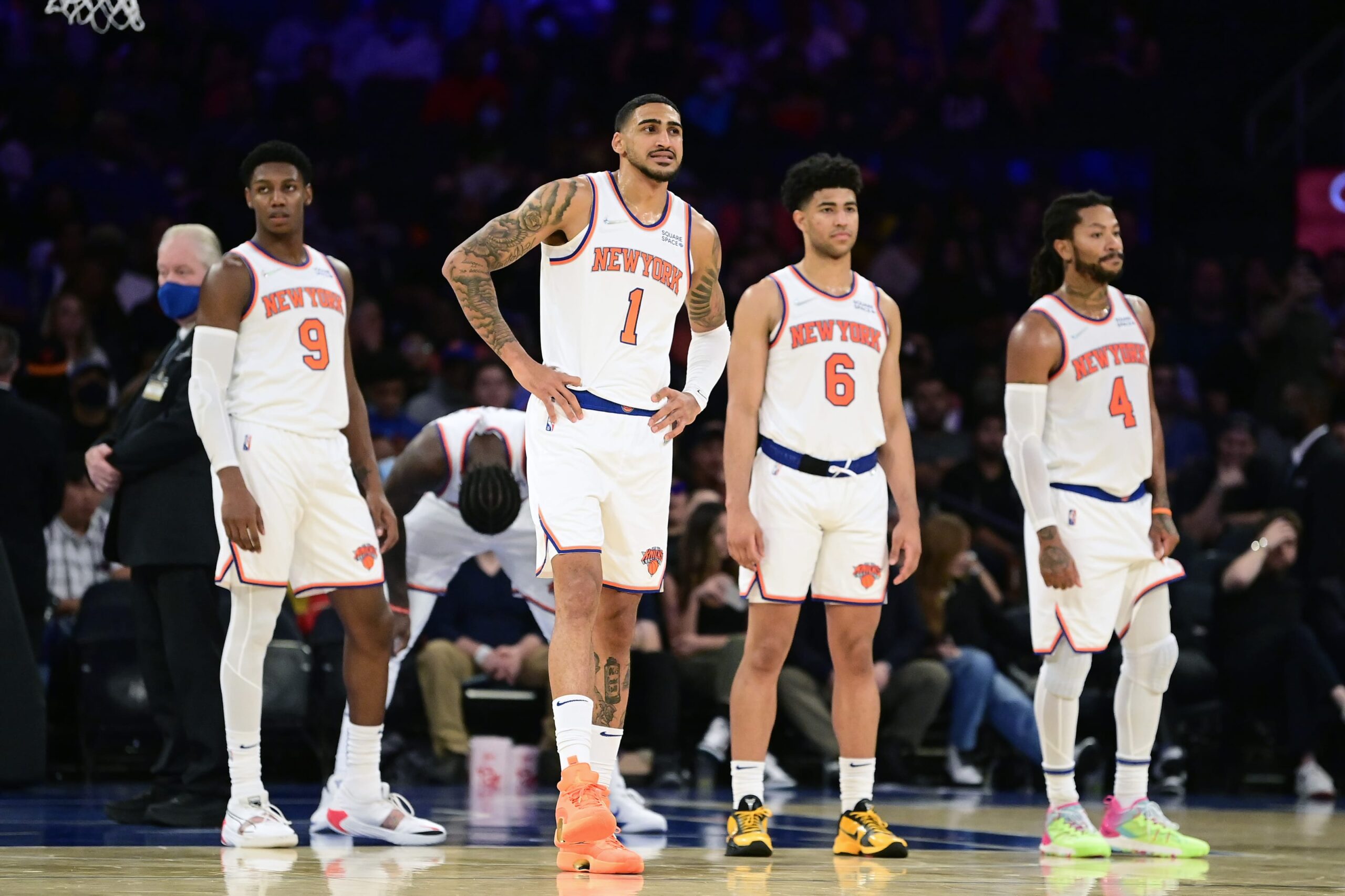 The Knicks last night came from twelve down against Indiana to win. They are 8-6 so far this year but it hasn’t been easy. Last night they used their bench to mount their comeback. If you examine the statistics the starters are putting up you can understand why they are struggling.

Their best player, Julius Randle has seen a drop in his stats thus far this year. Last year he averaged 24.1 points a game, this year 20.3. His shooting in both twos and threes has also decreased. He was an All Star last year and the guy that took the big shots. He often carried the Knicks in the fourth quarter. Last night in the fourth quarter he seemed more content moving the ball without looking to score. If the Knicks are going to get out of the first round of the playoff he needs to get back to what he did last year.

Evan Fournier and Kemba Walker have also seen a decrease in their offensive production this year. Fournier is averaging almost five points less than last year and his three point shooting, his best asset, is down from 40% to 35.6%. If you compare this to Reggie Bullock, who Fournier replaced, you see that Bullock did more. Bullock shot 44% from three and was a much better defender. In similar minutes Bullock averaged two points a game less than Fournier.

Kemba Walker is averaging 12.8 points per game this year. This is the least he has averaged since his rookie season. To be fair, Kemba is playing with a bad knee. Last year the ridiculed Elfrid Payton, a much better defender than Walker, averaged 10.8 points a game.

RJ Barrett has seen his field goal percentage decrease from 44.1% to 40.8% and his threes percentage go from 40.1% to a pedestrian 34.6%. Last year it looked like Barrett was on his way to becoming an All Star.

The Knicks went out and tried to add more offense to their team this season but so far the production hasn’t lived ups to their hopes. Only because of their second unit, led by Derrick Rose, have they kept themselves afloat.