Why Was Bobby Portis Guarding Chris Paul & Devin Booker In Game 1 of The Finals? 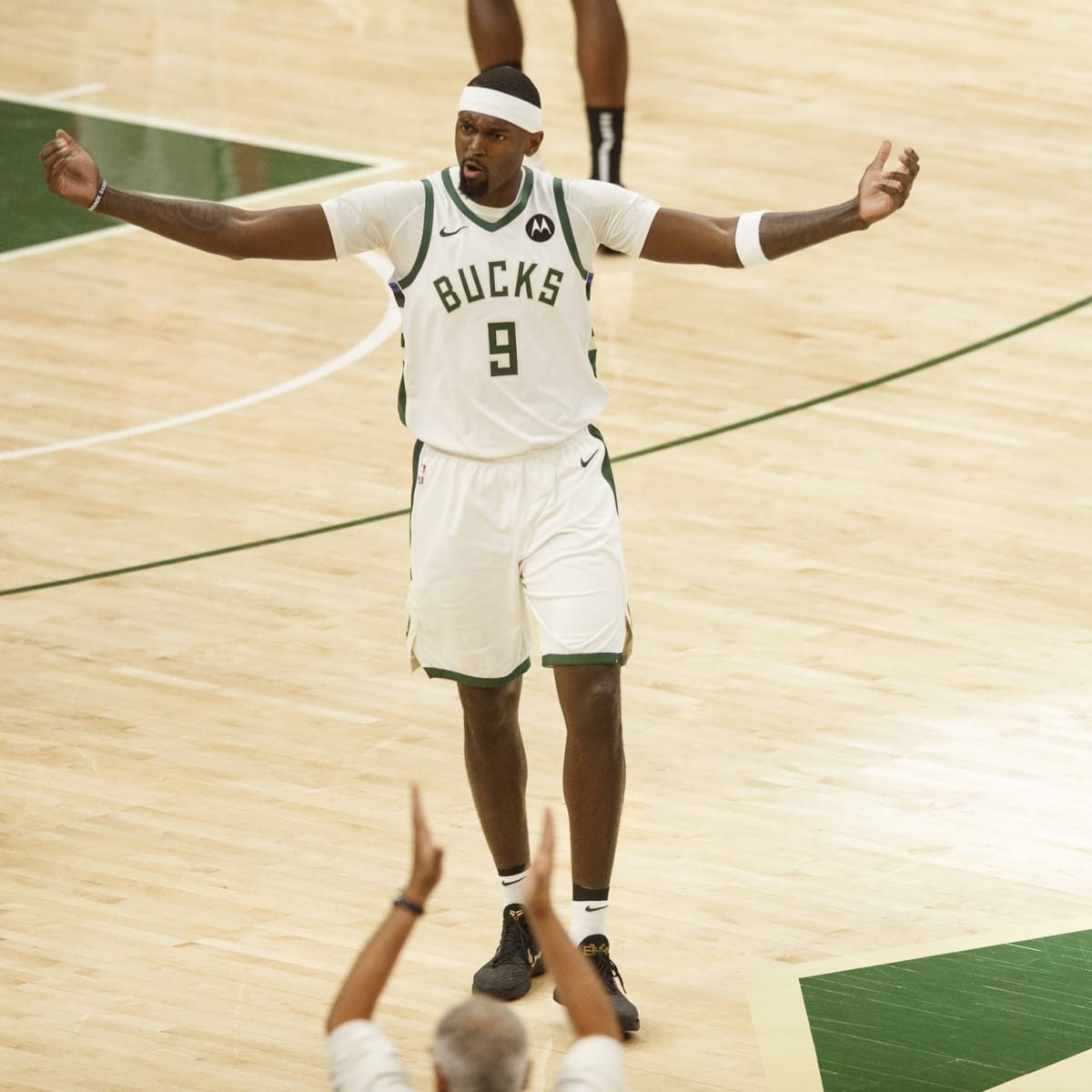 First off, I am a huge Bobby Portis fan, I went to the same High School as Bobby, LR Hall. I am also a lifetime Razorback fan, where Bobby played and was SEC Player of The Year. The young man is a winner! I still think the Bucks will win this NBA Finals series, unless seven foot tall Bobby Portis keeps trying to guard Chris Paul and Devin Booker all game. Bobby was getting torched by the Sun’s guards Paul and Booker last night in game 1 of the NBA Finals. This incredible mismatch is what increased the Sun’s lead and cost the Bucks game 1.

Chris Paul scored all his points on Bobby Portis in the third quarter. Bobby Portis is ten feet beyond the three point line trying to guard Devin Booker, who just blows past him for a free throw line extended jump shot. This was a defensive coaching meltdown on the Bucks behalf, who didn’t move Bobby back into the paint until the Suns were up sixteen points. Do Power Forwards and Centers just have guard envy? They all nowadays want to be out around the three point line, if the Bucks win this series it is going to be in the paint. Giannis needs to stop dribbling the ball up the court and get his big butt on the block.

This is the Mike Budenholzer’s problem and I hope he fixes it, he was simply out coached last night by Monty Williams, who just won Coach of The Year in the coaches’ poll. I know it is easier said than done to stop Chris Paul and Devon Booker, I would like to think that the Bucks have watched more game film on the Suns than I have. The Suns run the same play over and over and the Bucks could not consistently stop them because their defensive matchups were horrible.

The Suns run a pick and roll at the top of the key with either Paul or Booker then they drive to the free throw line and either pull up for a mid range or pass it to the guard or small forward out on the perimeter for a three. They ran the same play the entire game. Its like running the same play in the Madden video game, if you cannot stop it, I’m going to keep running it. The Suns did and Chris Paul is one step closer to his first NBA Championship.

Jrue Holiday is going to have to play some defense, he was playing so bad last night, Budenholzer put Bobby Portis on Chris Paul, the Bucks were in desperation mode. Jrue Holiday played forty minutes and scored 10 points. Giannis needs to stop wanting to be a point guard and&nbsp; pass the ball to Kris Middleton and go get his big butt in the paint. Giannis, Portis and Lopez need to hover around the paint and collapse in on the Sun’s guards who drive into the paint, because Chris Paul and Devon Booker cannot consistently hit the three, let them shoot outside.

If I see Bobby Portis or Giannis at the top of the key on defense I’m going to scream, they are too slow to be outside, hopefully this is a wake up call for the coaching staff of the Bucks and to the Bucks big men that they are not guards, stop trying to guard the guards. If the Bucks stay in the paint and grab some rebounds they could easily win the next four games in a row, their bigs are their strength, why coach do you want to move them out around the three? I feel the Bucks are a much more talented team, if they lose this series it is Mike Budenholzer’s fault for not putting his players in the right spots for them to be successful.