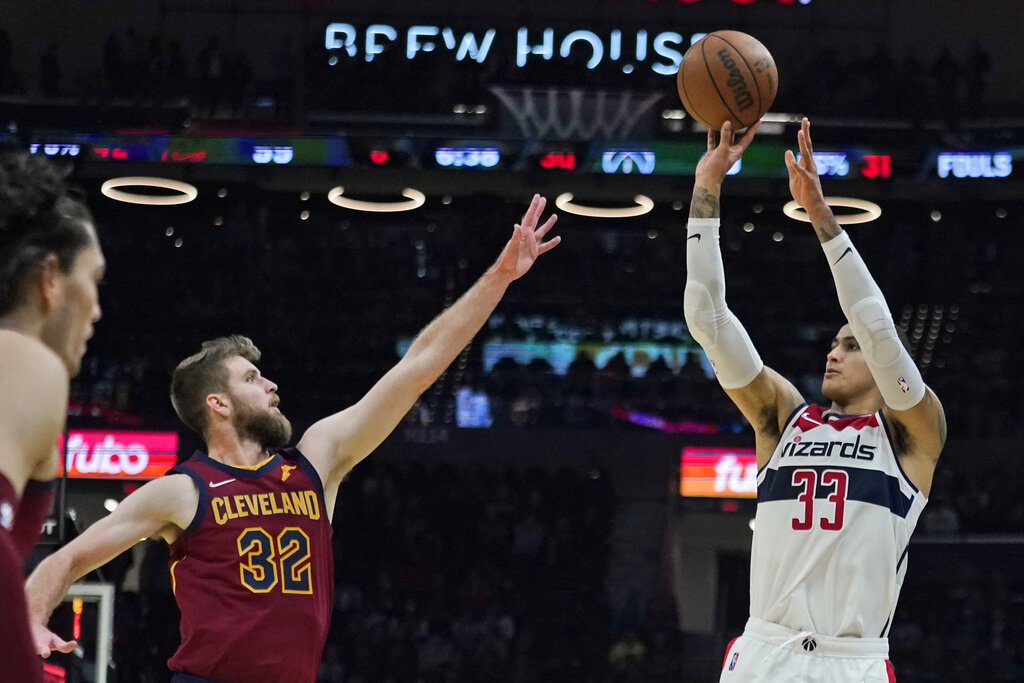 The Wizards trailed by 4 with 30 seconds left in the game. Darius Garland had just made a tough high arcing floater over Daniel Gafford, and that got the home crowd hyped. That’s when Kyle Kuzma stepped up for the Wizards. With 26 seconds remaining in the game, Kuzma knocked down a three to cut the Cavalier’s lead to one. Ricky Rubio went 1 for 2 from the free throw line, which gave the Wizards a chance to win the game. On the Wizard’s next possession, Beal drove down the baseline and found Kuzma in the corner for a good look at a three. Kuzma calmly knocked down the shot to give the Wizards a one point lead with 11 seconds remaining in the game. That shot gave the Wizards the lead for good, and the team improves to 8-3 on the season.

Montrezl Harrell lead the team in scoring and rebounding with 24 points and 11 rebounds. Bradley Beal had a tough shooting night (4/19), but he was able to contribute in other ways. By grabbing 7 rebounds and dishing out 7 assists. Spencer Dinwiddie had a quiet scoring night with 11 points, but he did a great job distributing the basketball with 10 assists.

The star of the game in Kyle Kuzma. Kuzma knocked down back to back clutch three pointers for the Wizards to help the team escape with the win. For the game, Kuzma had a stat line of 22 points and 5 rebounds on 6 for 9 shooting from the three point line

I wasn’t really concerned about anything. The Wizard’s slow start to the game (10 for 30 shooting from two point range in the first half) is just something that happens to every team. Sometimes you just don’t have the shooting touch to start the game. But the team kept competing, and where able to put themselves in a position to win at the end of the game.

Corey Kispert had one of his best games of the season, scoring 9 points on 4 for 7 shooting. 9 points might not seems like a lot, but Kispert scored 9 points in 14 minutes of play. That’s pretty good in my opinion.