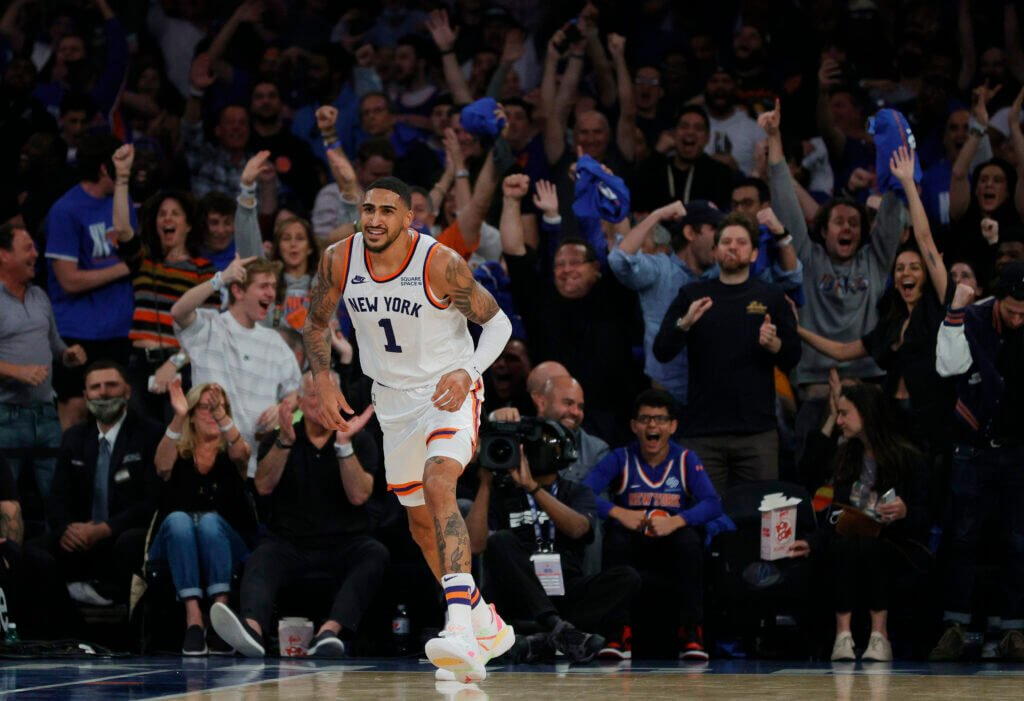 Obi Toppin has been a spark plug off the bench so far this season and if he continues to play, the Knicks might have just found  their new X-Factor. Toppin, who was drafted 8th overall in the 2020 NBA draft, had some moments during his rookie season and was part of the resurgence of the Knicks. He might not have had the type of rookie campaign Knicks fans were hoping for but he is playing much better to start this season. As of now, Toppin is averaging 9.5 PPG, 3.2 RPG, and 1STL  while shooting 57.1% from the field.

He proved to be a factor in the thrilling season opener against the Boston Celtics. Toppin has also shown his versatility on defense. When the Knicks run the small ball lineup with Toppin at the four and Julius Randle at the center position, the team seems to be quicker on both ends on the floor and creates space for more open shots.

Toppin can defend at multiple positions and is a pick and roll threat on the offense end due to his athletic ability. Plus, every time he’s on the floors, he’s bound to perform a highlight play that elevates the energy level of the team and the home crowd. On the other hand, Toppin does need to improve his long range shooting. He is only shooting 18.2% from deep which only limits his scoring potential.

Recently, the Knicks did hit a franchise-record 24 threes against the Orlando Magic last week. Toppin did make 2 out of the 4 three’s he attempted but that is the only 2 three pointers he has made this season. If he can find his confidence from behind the arc, it will only help the Knicks be more of a threat from deep. In the end, even though he does have some work to do, Obi Toppin can potentially be an X-factor for this Knicks team if he continues to be a solid contributor with the 2nd unit and on the floor playing alongside Julius Randle.