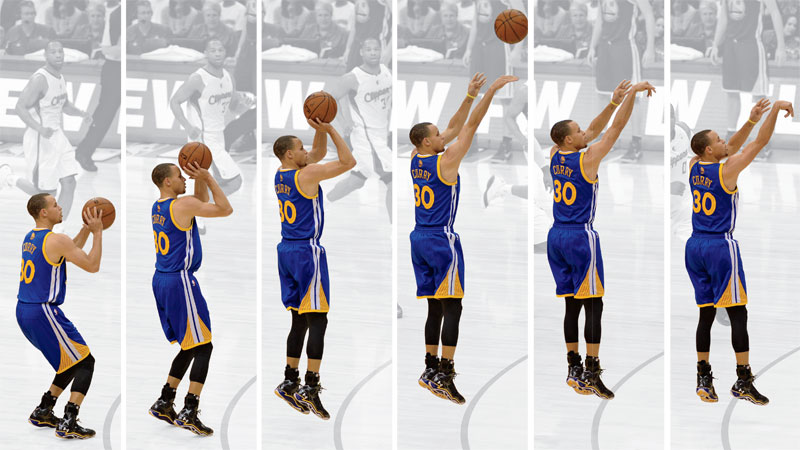 3 is worth more than 2 seems silly to write and an odd title, but new generation of hoopers understand it. Lets focus a bit on the revolution of the 3 pointer, the percentage of shooting 3’s and how teams could potentially defend the 3 point line. Let’s use some quick statistics so you have an idea of how important this line is to the sport of basketball. Also, take a look at why the phrase “3 is worth more than 2” has revolutionized how players attack defenses. We view great shooters as players who shoot near or over the 40% mark. That is only 4 out of 10 shots in a game. The NCAA average for 3 pointers is about 34-35.9%. Lets take a look at this line and some players that revolutionized the “3 is worth more than 2” phrase.

Now before we get into a history lesson lets not forget that the 3 point line isn’t a new thing. The 3 point line was adopted by the NBA in 1979. That’s when Magic and Larry Bird were rooks. From that point on we started getting an idea of how the game would be changed. We saw great shooters immerge with the line in guys like Larry Bird, Danny Ainge, Vernon Maxwell, Ray Allen and Reggie Miller. These were players that started making people look at the line a little different. Now you have Stephen Curry!

Players that changed the game

Easy to say that Curry is and will be viewed as the greatest NBA shooter of all time. The guy is only 33 years old and holds the records for most 3’s made in a season. He also holds 4 of the top 5 best shooting seasons! I mean we can go through all his stats and it will just be a long list. He has averaged around 43% for his career from beyond the line. Now this includes every game he was doubled, half court shots and those bad shooting slumps. In college at Davidson he averaged around 41% from 3 point range. Outlier when you look at the average for the NCAA as a whole.

The 180 club isn’t a special bar in Hollywood. It is an elite club for players who shoot 90% from FT, 50% from the field and 40% from 3 for a season. It isn’t a long list of guys but just to mention a few who is on here, Stephen Curry, Larry Bird, Steve Nash, Kevin Durant, Kyrie Irving and Reggie Miller. That is an incredible stat line from these players. This is an elite level club that many scorers dream to achieve, but with the 3 point line being highly focused, I believe it will only start getting more difficult to get into the club. Oh by the way the baby brother Seth Curry is on his way to making the list. Talk about splash brothers!

If fans had a choice between watching defense or offense, I think most people would vote for offense. It’s what makes any sport entertaining. With players becoming more skilled and coaches becoming more open to letting players shoot the ball from deep, will there be a change in the way teams will guard the 3? I believe there has to be. The NCAA in the 2019-20202 season changed the distance of their line by 1 and 3 quarter inches. The result was the lowest 3 point percentage in NCAA history to 33.4%. Could this work in the NBA?

I don’t think moving the line back a few inches would drop the percentage in the NBA. As it is, Curry and Damian Lillard pull up the moment they cross half court. I also believe guys at that level don’t shoot right on the line. They also give themselves a little space to make sure they get the 3 points versus a long 2 pointer. Even if the NCAA did struggle a bit more from the line, I just think it will take a year or two for players to get accustomed to the distance. Shooters shoot!

The simplest answer to guarding the 3 point line, give up the 2. I know it might seem silly, but most players don’t really practice shooting the 2 point shot. A lot of coaches run sets for the 3 pointers and players want the 3. Take away those options and the team will have to score a lot of 2 pointers, which can be difficult if teams aren’t use to it. I am also not saying give up lay ups! But pressure should be applied to try and contain guys from getting an easy open look at a 3. We can live with contested 2’s, but it takes a team effort to get those type of results.

Easy for me to say when I don’t have to chase Curry all over the court, fighting through multiple screens from grown men. You really can’t double at that level cause teams exploit you and force you to scramble. Good luck closing out an NBA player at full speed. Hard hedging screens causes you to be late in your rotation. These guys are the best players in the world! They are paid to make shots and until that changes, be ready for a lot of 3 pointers. Who knows maybe someone makes it in the league that shoots better than Curry.

← Being a Skilled Big vs The Skill of Being Big! Four-No? →