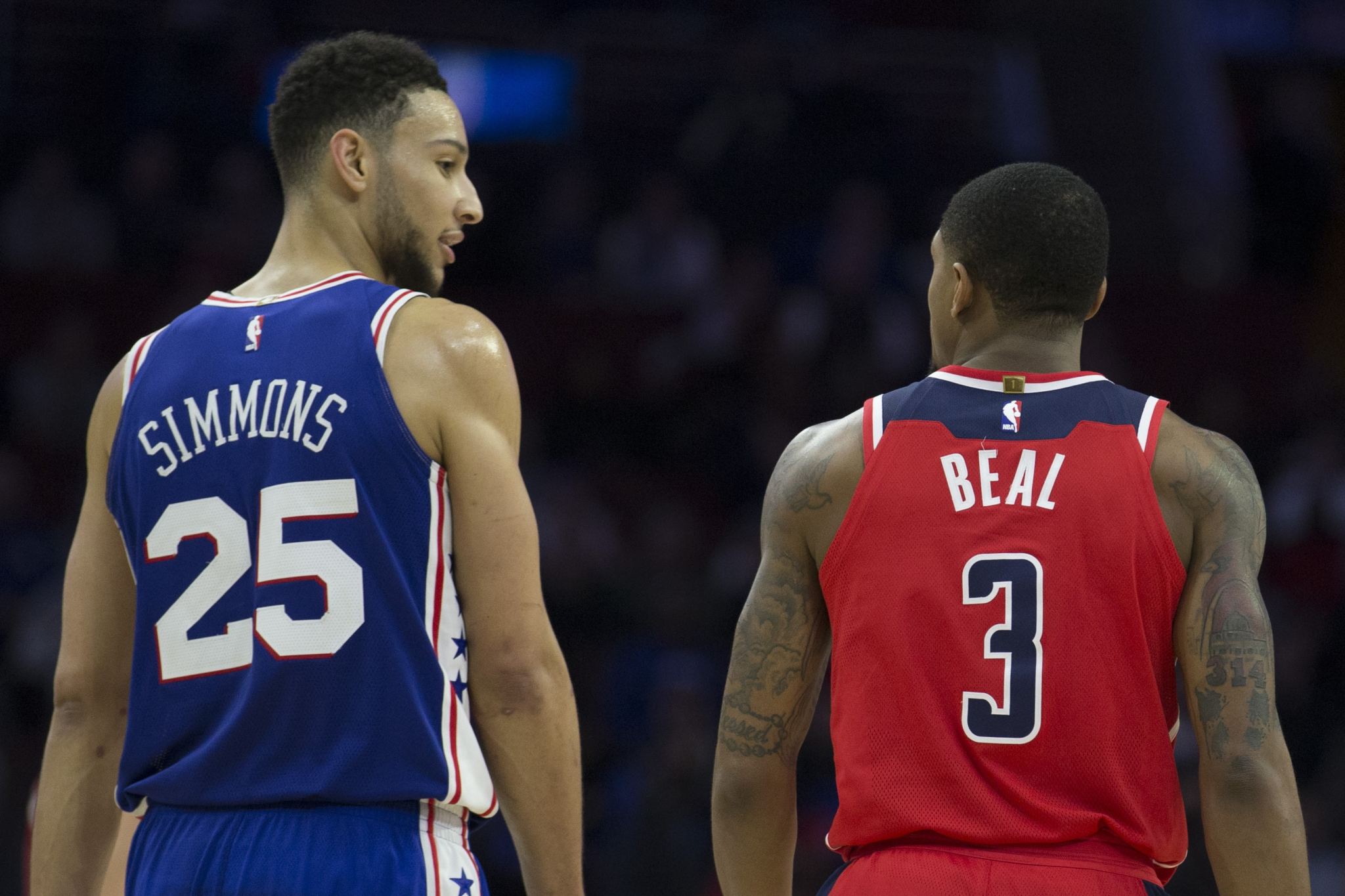 In order to trade Ben Simmons the Philadelphia 76ers may have to get creative and work with more than one team. Here is a 3-Team trade for Simmons that can net Philly a superstar.

Philly gets a Superstar

The Sixers nets themselves one of the top 20 players in the game in Bradley Beal. Beal is one of the most talented scorers in the league averaging 31.5 PPG. iIn Washingtion Beal was a constant threat to win the scoring title each year. His combination of size, parameter playmaking and shooting makes him a more ideal fit next to Joel Embiid than Ben Simmons. This move would lift Philly’s ceiling to championship levels.

Washington Wizards get to rebuild around a younger star

Bradley Beal has not indicated he wants out of Washington, but he also hasn’t signed a contract extension yet. He is eligible for a 4yr-181.5 million extension (current contract: 2yr-70.5 million). Beal stated he is “not in a rush” to sign the extension (that is never a good sign). If the Wizards don’t make an impact this season, Beal will likely want out. Washington barely made the playoffs last year before being nearly swept in the first round. The team did not improved enough this offseason to be a real contender.

If Washington decides to move on earlier than later, Domantas Sabonis would make a great center piece for an expedited rebuild. The trade would give them a first time all-star to build around, who still has room for improvement. Sabonis averaged 20.3 PPG (career high), 12.0 RPG, 6.7 APG (career high), 32.1% 3pt and 53.5% from the field. The Pacers big man played like a poor mans Nikola Jokic. He is only 25yrs old (Beal is 28), at his age he is a better fit for the Wizards timeline. Outside of Spencer Dinwiddie and Davis Bertans the majority of contributing Wizards player are under 25. Players like Rui Hachimura, Deni Avdija, Daniel Gafford, Corey Kispert and Thomas Bryant are still developing. That group of player are at least two years away from being skilled enough to contribute on a championship team.

The Wizards would also get Tyrese Maxey, one of the best rookies from last season. Tyrese showed promising scoring potential and ability to get to the rim. In addition the Wiz would get two first rounds picks to continue to build their backcourt.

Ben Simmons would bring something to the table that the Indiana Pacers don’t have, elite traits. Simmons is a perennially DPOY candidate and he is one of the leagues best passers. Sabonis is a very good player, but he doesn’t have any elite skills yet. The combination of Myles Turner‘s rim protection (league leading 3.4 BPG) and Simmons perimeter defense (and switchability) would instantly turn Indiana into a Top 5 defense in the league. Defense has been the hall mark of every good Indiana team over the last two decades.

Offensively the game would run through Ben as the lead playmaker surrounded by 4 capable shooters. Malcolm Brogdon and T.J. Warren average 38.8% and 40.3% respectively on high volume, while Turner and Caris LeVert average approximately 35.0%. This is an ideal offensive situation to get the most out of Bens Simmons skill set. He would be surrounded by shooters and playmakers, leaving him free to attack the paint at will.