5 Things to Expect from the Knicks this season 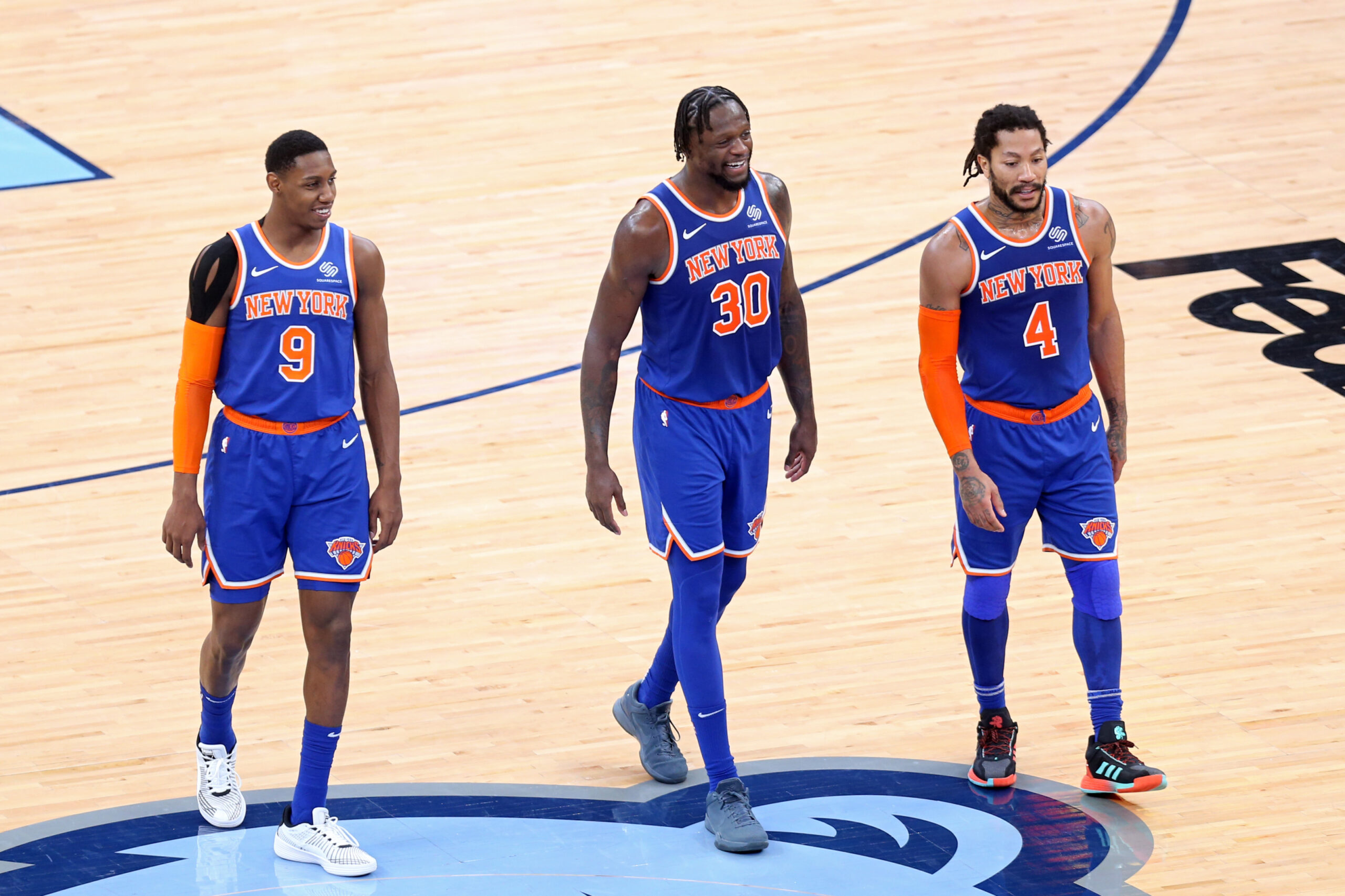 After making the playoffs for the first time in nearly a decade, The New York Knicks are looking to build off of last season’s momentum and make a deep playoff run. Here are 5 things you should expect while watching the Knicks this season.

After two injury riddled seasons in Boston, Kemba Walker is due to have an All- Star caliber season for the Knicks this year. With Kemba playing in his hometown and Derrick Rose already acknowledging him as the starting point guard for this team, the stage is set for Kemba to re-emerge as one of the best point guards this league has to offer. It wasn’t that long ago since he was a dominant offensive player as the face of the Charlotte Hornets franchise. During the 2018-2019 season, which was Kemba’s last year with the Hornets, he put up the scoring numbers of his career by averaging 25.6 PPG while shooting an efficient 43.4% from the field.

After signing a 4 year $140 million contract to play for the Celtics in the 2019 offseason, Kemba never seemed to find his groove playing alongside Celtics forwards Jayson Tatum and Jalen Brown. Also, due to the knee injury that kept him out for some time, Kemba was never able to be that All- Star that he was in Charlotte. Now that he seems healthy and ready for a fresh start with the Knicks, we should expect a great season from Kemba Walker. I wouldn’t be surprised if he receives his 5th All Star selection of his career.

2. More of the Same on the Defensive End

Last season, The Knicks were one of the best defensive teams in the league under Head Coach Tom Thibodeau. Not only did they rank No.1 in points allowed but they also ranked No.3 in overall defensive rating. Now, with the Knicks adding Kemba Walker and Evan Fournier to the starting lineup, you might think it can be hard to duplicate the success they had last season. But I firmly anticipate that coach Thibodeau will make the best out of the situation.

He is a defensive wizard who has a history of developing players on that side of the ball. Plus, since most of the players that were a part of that defensive success are returning this season they should be able to overcome anything that they are lacking at the guard position. Additionally, C Mitchell Robinson is coming back from injury. They might start off slow due to their new acquisitions but by the end of this season, the Knicks should be still ranked as a top 5 defense in the league.

For as long as I can remember, The Knicks have been in desperate need of production from the guard positions. Whether it’s striking out in free agency (almost had Kyrie Irving but we know how that went). Or being unlucky in the draft (one pick away from Stephen Curry in 2009). They have not been able to get the guard play needed to really compete. Until now. Last season, we saw how effective Derrick Rose still can be and we also saw young guards R.J Barrett and Immanuel Quickley show great potential.

Plus, former first round pick Alec Burks proved to be a key shooter coming off the bench. He shot 41.5% from deep last season. Acquiring Kemba Walker and Evan Forunier to the team makes their backcourt rotation a force to be reckoned with. Rose, Walker, and Fournier are proven scorers in this league who have each averaged better than 18 points in multiple seasons throughout their careers.

On the other hand, Quickley and Barrett are also double digit scorers in their own right. And have youth on their side which means there’s still room for improvement. Now, this season we will see Barrett start at the small forward position. Which will only add another player with guard like skills on the court alongside Walker and Fournier. Overall, with the way these guards can score, driving to the basket and on the perimeter at such a quick pace, they will be a tough task for opposing defenses this season.

The first 3 seeds in the East are most likely a lock between Brooklyn, Milwaukee, and Miami. Which probably leaves the Knicks at the 4th or 5th seed in the conference. It can possibly be a toss up between Atlanta, Boston, and maybe Chicago for those seeds. But ultimately the versatility the Knicks have on both sides of the ball coupled with the veteran leadership may propel them within the Top 5. Besides the moves that Chiacgo and Miami made in the offseason, there really weren’t any drastic moves made throughout the rest of the teams in the East which makes the seeding a bit predictable. This is why I can’t see the Knicks falling out of the Top 5 in the conference standings. Barring injury of course.

5) The Revenge of Julius

Julius Randle had the best season of his career last year and was the driving force that led the Knicks to the playoffs for the first time in 8 seasons. He averaged a career high 24.1ppg, 6 apg, and 10.2 rpg. Those numbers helped him receive the Most Improved Player award and his 1st All-Star selection of his career. Unfortunately, the stellar regular season performance did not translate to the playoffs due to how poorly Julius performed in the first round season against the Atlanta Hawks. It was already bad enough that Trae Young was torching the Knicks on the offensive end. But with Julius Randle shooting 29.8% from the field and 33.3% from behind the arc just made the series worse for the Knicks. That led to a first round exit in just 5 games.

After an abysmal playoff performance, Randle seems motivated to comeback and perform at a high level. Furthermore, since he signed a 4 year $117 million dollar contract extension with the Knicks this past offseason, there will be alot for him to prove which can only play in his favor. We should expect another All- Star season from Randle and much improved play in the postseason. Look for Randle to get some redemption this season which will hopefully lead the Knicks to a deep playoff run.