Bam Adebayo Too Much For Hornets, Heat Keep Rolling 99 – 114 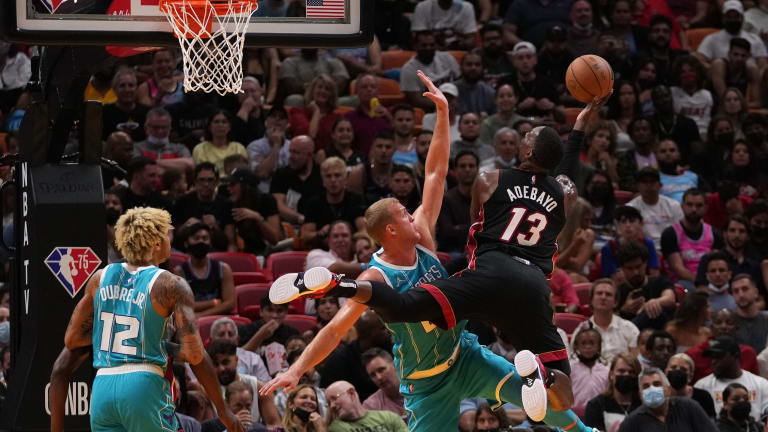 The Hornets came into Miami looking to improve their best start since 2016 against the Heat. However, a -23 rebound margin and a limited paint presence for Charlotte proved to be detrimental to the Hornets chances.

Bam Adebayo was near unstoppable, with 19 rebounds and 26 points. The Heat had three players with more than 25 points against this talented, but definitely still developing Hornets team. That includes Jimmy Butler with 32, and Tyler Herro with 26 and four 3-pointers. It was an ugly, scrappy first half with not a lot of shots falling. The Hornets’ converted below 30% of shots from deep in the first half. Five 3-pointers on 23 points from Gordon Hayward wasn’t enough to overcome the Hornets’ shooting woes. Miles Bridges and Lamelo Ball struggled from deep, going 2/14 combined. Off nights shooting happen, but the paint presence must be felt for more difficult games like this. Especially when the shooters are building brick houses in the first half.

Even with an ugly start, the Hornets did make slight runs to battle within ten points a few times. Bridges still found ways to score, still without a game under twenty points this season. Another shooting option could have been the difference against the Heat. Charlotte may get just that, as Terry Rozier (ankle sprain, probable) looks to make his home debut this season. The Hornets look to bounce back when the Trailblazers come to town on Sunday at 7:00pm.