Chicago Sky Are Headed to the Finals! 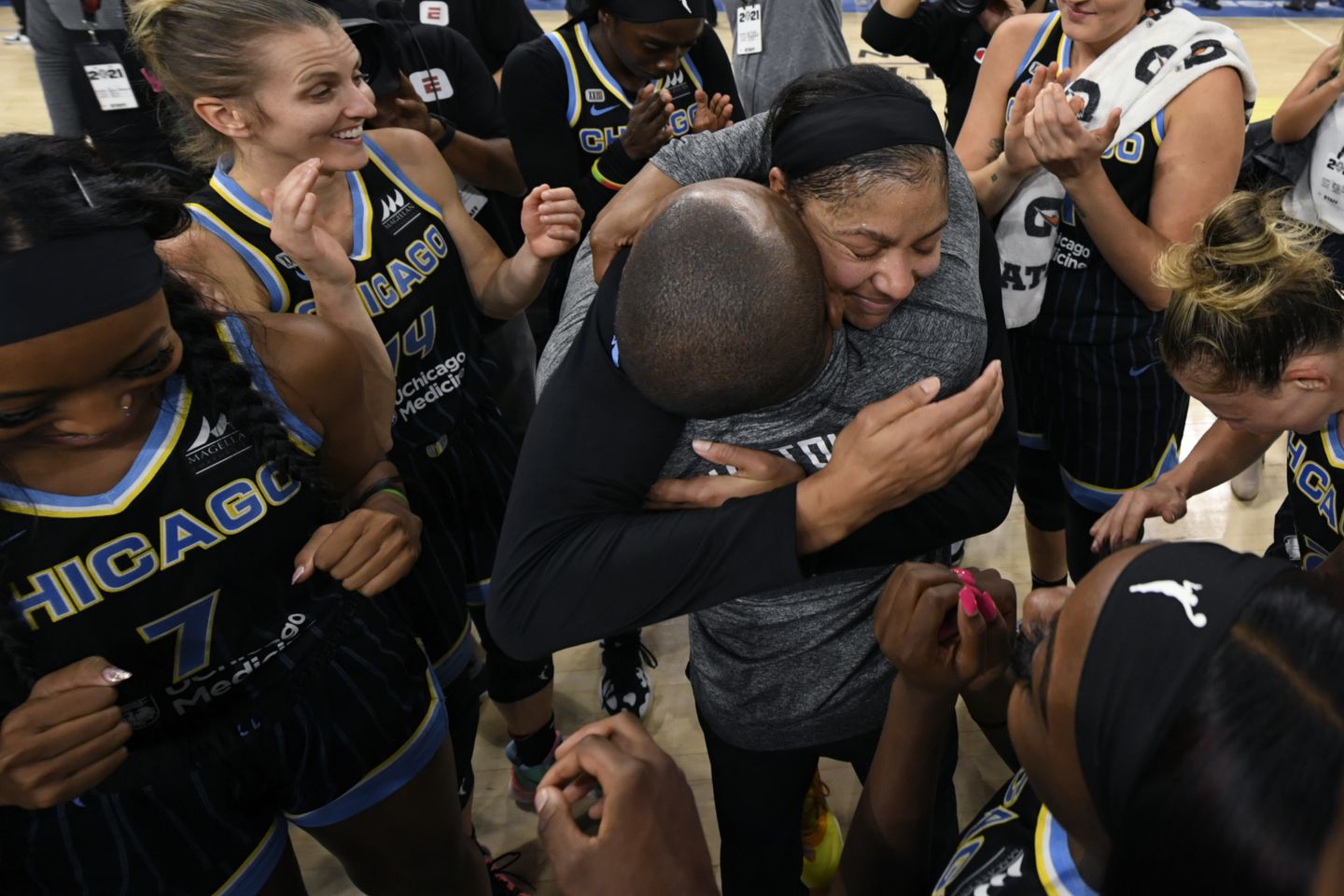 The Chicago Sky are headed to the 2021 WNBA Finals after defeating the top seed Connecticut Sun. In game 4 of the playoffs at Wintrust Arena, the Chicago Sky began to lead the series 2-1 against The Connecticut Sun. Courtney Vandersloot led her team during quarter one with a solid 13 points as Chicago was up over Connecticut 36-32. Despite the Sun getting off to a bit of a slow start 6 foot 6 inch Jonquel Jones continued to show why she’s the league’s MVP. She put up 9 points, two blocks, and two assists.

The Chicago Sky came out aggressive during half one, setting the tone offensively, and quickly became key in their 22-15 lead at the end of the second quarter. Three-point shooting was also a determining factor in Chicago’s impressive lead throughout the 1st half. In the first two quarters, Courtney Vandersloot shot 3-4 from three, allowing her team to maintain their lead over Connecticut.

Connecticut began with a 6-0 run playing with much better defense to start the second half. Despite being in early foul trouble, Vandersloot was a massive part of her team’s success, with 16-4-4 headed into the 4th quarter. The Chicago Sky have done a great job defending their opponents. Focusing on the Connecticut Sun DeWanna Bonner holding her to only four points with six minutes left in the fourth. Even with the league’s MVP Jonquel Jones double-double in 25 points and 11 rebounds with two blocks, it wasn’t enough to overcome the Chicago Sky.

The big three in Candace Parker, Courtney Vandersloot, and Kahleah Copper played highly throughout game four. Parker finishes the game with seventeen points, nine rebounds, and seven assists. However, the star player in this series would have to be Vandersloot. Once again, while in foul trouble, Courtney had nineteen points, four rebounds, and four assists with timely and consistent scoring. It’s no surprise in Coopers’ slashing abilities as she earns eighteen points, six assists, and two rebounds. With all these contributing scorers, the Chicago Sky head to compete for a championship.

← San Antonio Spurs Season Preview: A Long List of Questions Is Russell Westbrook A Good Fit With the Lakers? →