How Dangerous Are The Washington Wizards? 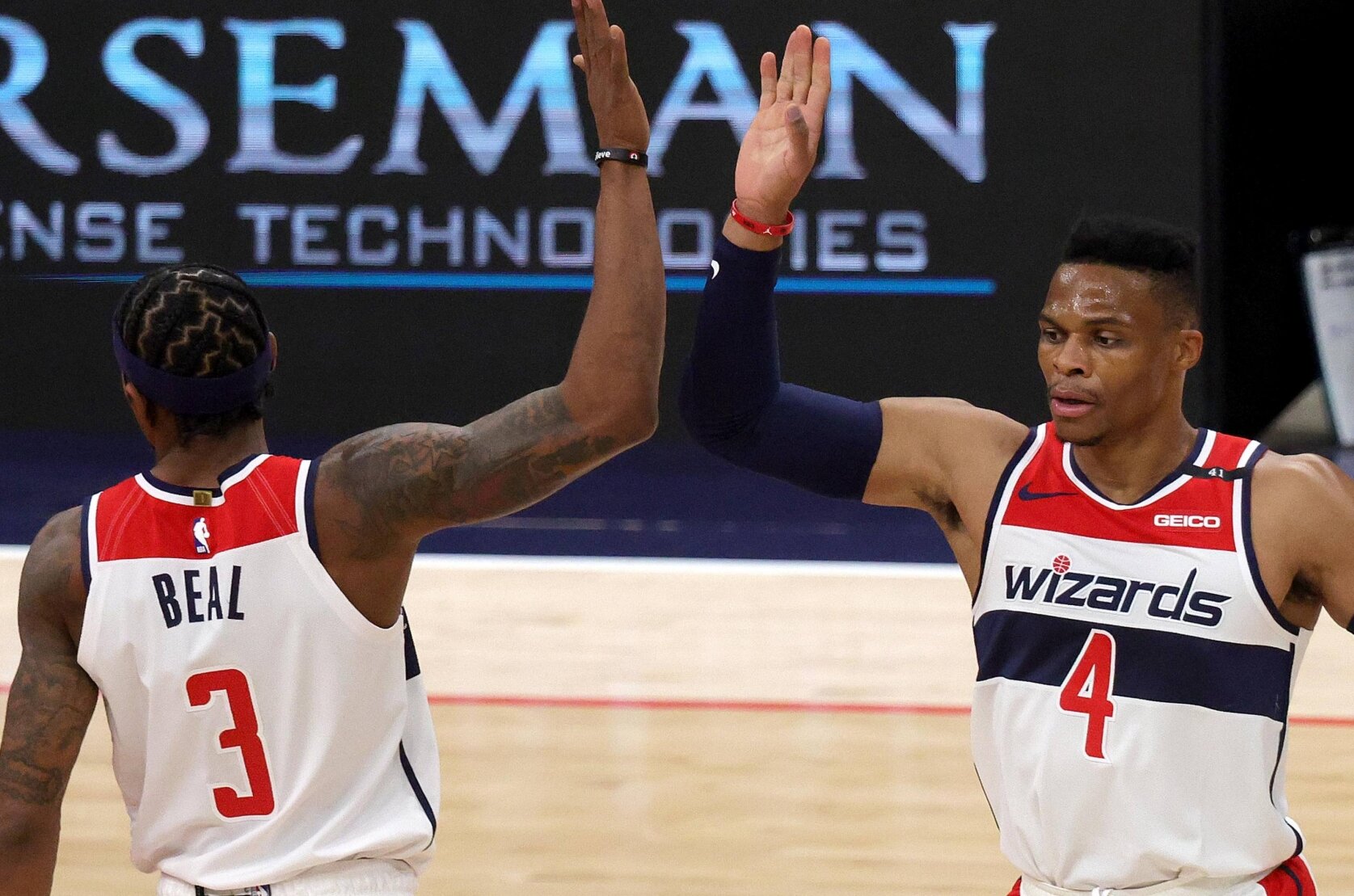 With the NBA’s addition of the play-in tournament, more teams have hope at cracking the post season. While this can give some teams false hope, it gives others an incentive to play harder. With a 120-105 win over the Cleveland Cavaliers, the Washington Wizards clinched the 10th seed in a jam-packed Eastern Conference. After a horrific 17-32 start to the season the Wizards have caught fire at the right time. Since April 5th, the team has gone 16-6 led by the triple-double king Russell Westbrook and the league’s second leading scorer, Bradley Beal. New addition Daniel Gafford has been an X-factor filling in at center for injured Thomas Bryant.

Even though getting to the 10th spot took a lot of hard work, they continued to move up. At 33-38 going into the final game of the season the Wiz had the same record as the Charlotte Hornets and the Indiana Pacers. Seeds 8 through 10 in the East played meaningful basketball right to the end. Washington beat the Hornets on the final game of the season to earn the 8th spot and will play the Celtics. Though the tournament should be exciting out East, every team in it has major injury concerns.

Charlotte just got LaMelo Ball back but were without Gordon Hayward. The Pacers will miss Tj Warren for the season while Malcom Brogdon and Myles Turner are still out battling injuries. Boston got news a couple days ago that All-Star Jaylen Brown would have season ending wrist surgery. Robert Williams is still a question mark health wise going into the play-in. Likewise, Washington’s star Bradley Beal has been out due to a hamstring injury but if he’s healthy they’re dangerous.

I am not here saying the Wizards will beat the Philadelphia 76ers in a round one matchup but they are a team no one wants to see. The main reason being the two headed monster at the top of the roster.

Beal has grown as one of the leagues premiere bucket getters and has improved his playmaking. Averaging a career best 31.4 ppg while shooting 49% from the field Beal earned his All-Star starter tag. Every team needs a bucket getter and he is just that. He is also a player that can be so key in a one game deathmatch scenario because he can drop 50 any given night. The other half of this tandem is a 6’3″ energizer bunny that continues to make history. Russell Westbrook recently broke Oscar Robertson‘s record for most career triple-doubles. His total stat line is insane but just over the last five games he’s averaging a whopping 23.4 ppg, 16.4 rpg and 18.8 apg. There isn’t much to say about absurd numbers like that. Besides the two prime suspects the team as a whole has made strides in the right direction.

This team has had the offensive fire power all season and sit number three in points per game at 116.7. The problem was they were playing absolutely no defense. For majority of the year the Wizards have been 29th in defensive rating but during this 16-6 run they have been elite on that side of the ball. That increased defensive effort has catapulted this team to 17th. They recently had a win streak of 8 games and in that span they were second in defensive rating (106.4) and sixth in three point percentage (38.9). The supporting cast has also stepped up beside it’s two stars. Rui Hachimura and Davis Bertans are just a few role players that have turned it up of late. But the most surprising but impactful one, has been Daniel Gafford.

Gafford came over in a deadline deal from Chicago and has since shined in his new home. Wizard fans have been calling for him to play more minutes but in the time he does get he’s very effective. The team is 15-6 in games he has played and in just 17.8 minutes per game he is tallying 10.1 ppg 5.6 rpg and 1.8 blks. The energetic big man has flourished playing with a point guard like Westbrook. His hard rolling and above the rim play gives Russell a reliable option when he’s downhill on pick and rolls.

Playoff time is sometimes about the teams that get the hottest at the right time… and the Wizards are hot.

← Lakers Pace Themselves Back In Playoff Form Thunder Cracks Clippers →