I Said It. I’ll Own It! Hot Takes from a Unique Perspective 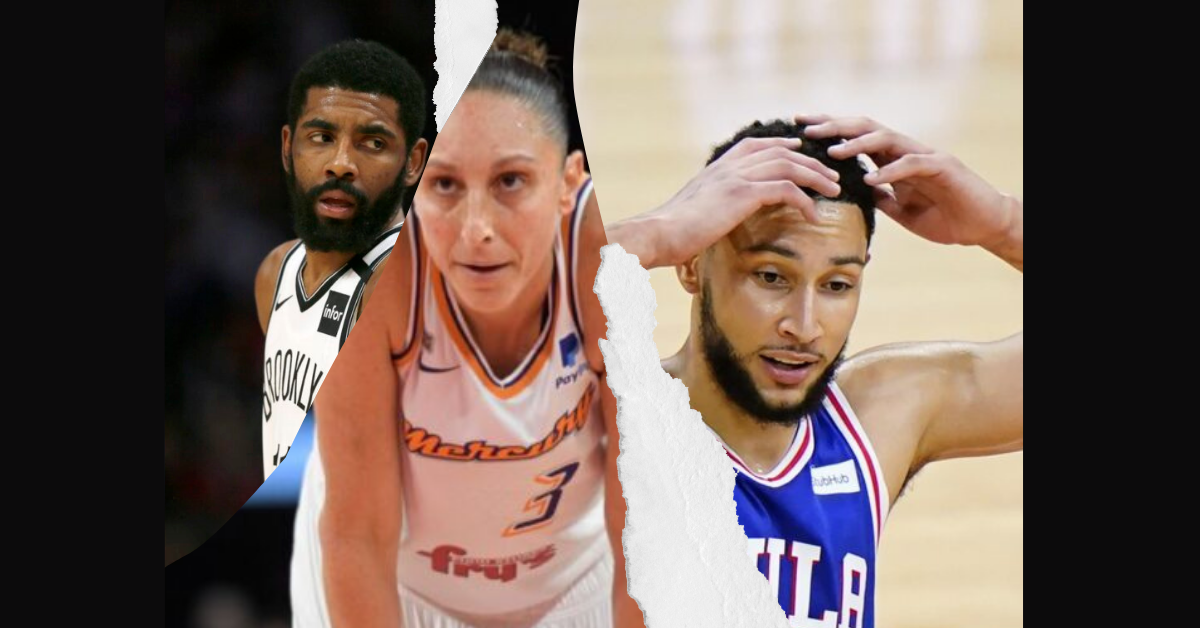 A Decidedly Unique Perspective on Hoops

Step right up, hoop heads. It’s your boy, Rene, lounging in a lawn chair in the garage after putting up a few shots. I’m in vague pain right now. I’ve phased into a mash up of fat-boy/old-guy game, pretty much nailed to the floor, and doing low intensity moves at about ⅛ speed. Of course, I know it’s hopeless but the hoop dream remains intact. Can you dig it?

Anyway, this is the very first installment of “I said it. I’ll own it!”. I have a few hot takes about basketball to share, and as this column may prove to be short-lived, let’s get to it!

The Ballad of Ben Simmons

The preseason has been pretty pedestrian for everyone not named Ben Simmons or Kyrie Irving. Ben is back in the Sixers fold, but for how long?

The last time we witnessed an important 76er post game chat session, his head coach and MVP candidate teammate got together and stuffed Ben into a body bag. They subsequently proceeded to heave-ho him under a speeding Greyhound bus bound for parts unknown in the dead of an American night. It was harsh treatment. We laughed and we cried. And Ben simmered.

For his sake, I hope he gets it together. I think he will, although he’ll be shot-putting oddly spinning jump shots in the Western Conference. Not for the San Antonio Spurs however.

It’s actually surprising that, at this moment, Simmons is a less problematic proposal than the “voice of the voiceless”, Kyrie Irving. Kyrie’s not anti-vax, as you know, despite, uh, refusing to actually get the gotdamn vax.

Scratching your heads yet? Well, his IG manifesto was a study in double-talk and gobbledygook live and direct from his personal apocalypse bunker. He had lots of books on the shelves behind him. God knows what the content of those tomes is, but I caught a distinct vibe! Like he has stockpiles of those weird food buckets disgraced TV preacher Jim Bakker hawks nowadays, you know, propping up his bookshelves or something.

Kyrie has picked a strange hill to perish on. He’s worn out his welcome with the Brooklyn Nets franchise, coaching staff, and apparently players. I can’t fathom a part-time road-warrior player in the NBA, although that’s apparently what he thinks he is now. This might be the beginning of the end for Kyrie Irving. I don’t think he’ll be a relevant NBA star again no matter who he plays for.

Diana Taurasi is the GOAT. Can we all agree?

In the first place, she was an ornery old lady busting my Las Vegas Aces’ asses last week. Oh, they made her mad and they paid for it. Dearly. She was scowling and cussing, it was glorious. Second of all, the woman seemingly never misses a shot. It’s unbelievable.

They should have made her the villain that was housing LeBron in Space Jam II. Also, the Phoenix Mercury will win the WNBA chip.

Well, I need to rehydrate now, compadres. I’m like a big cheerful bundle of muscle pain and strain right now. Next time we go through this column/ordeal the regular season will be underway! Adios for now!

← New Rule For Shooters in the NBA Zach Lavine: “I’m not going anywhere” →