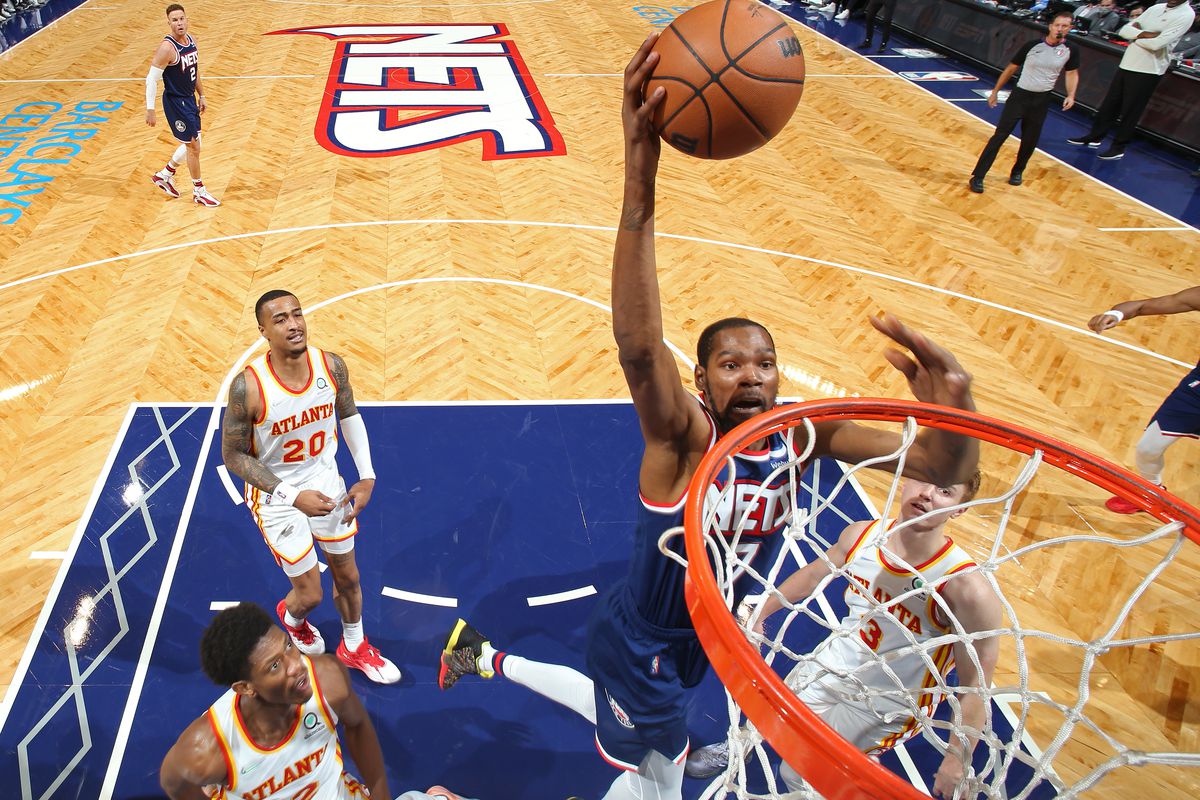 The Brooklyn Nets (5-3) home crowd was rocking  at the Barclay Center as they faced the Atlanta Hawks and from the tip off you can see the sense of urgency and aggressiveness from the defensive end. James Harden got off to a slow start in the first half but he didn’t let that dictate his night. He was dishing and finding the open man and keeping the Hawks defense on its toes at all times. He was getting help from players on the  second unit like Patty Mills and LaMarcus Aldridge. Both were involved and both finished in double figures.

The Nets defense helped them get their groove. That led to shooting lights out from three point range with 22 three pointers as a team. It all resulted in a lead that was too much for Atlanta to handle. Kevin Durant had another big night with 32 points. James Harden finished with a double double of 16 points and 11 assists. Together they led the Brooklyn Nets who won at home 117-107. James Harden is slowly getting back in shape and the Nets are turning the corner defensively.

They will look to continue racking up wins at home. Next up for the Nets are the Detroit Pistons (1-7) in Brooklyn November 5th, Friday night at 7:00 PM Eastern. The Pistons come to Brooklyn with only a single win all season. With the Nets playing better and the Pistons still looking for consistency this would look to be a Nets victory. Brooklyn cannot let it’s guard down however. After all, despite their record, the Pistons are still a professional basketball team and will no doubt be ready to play!