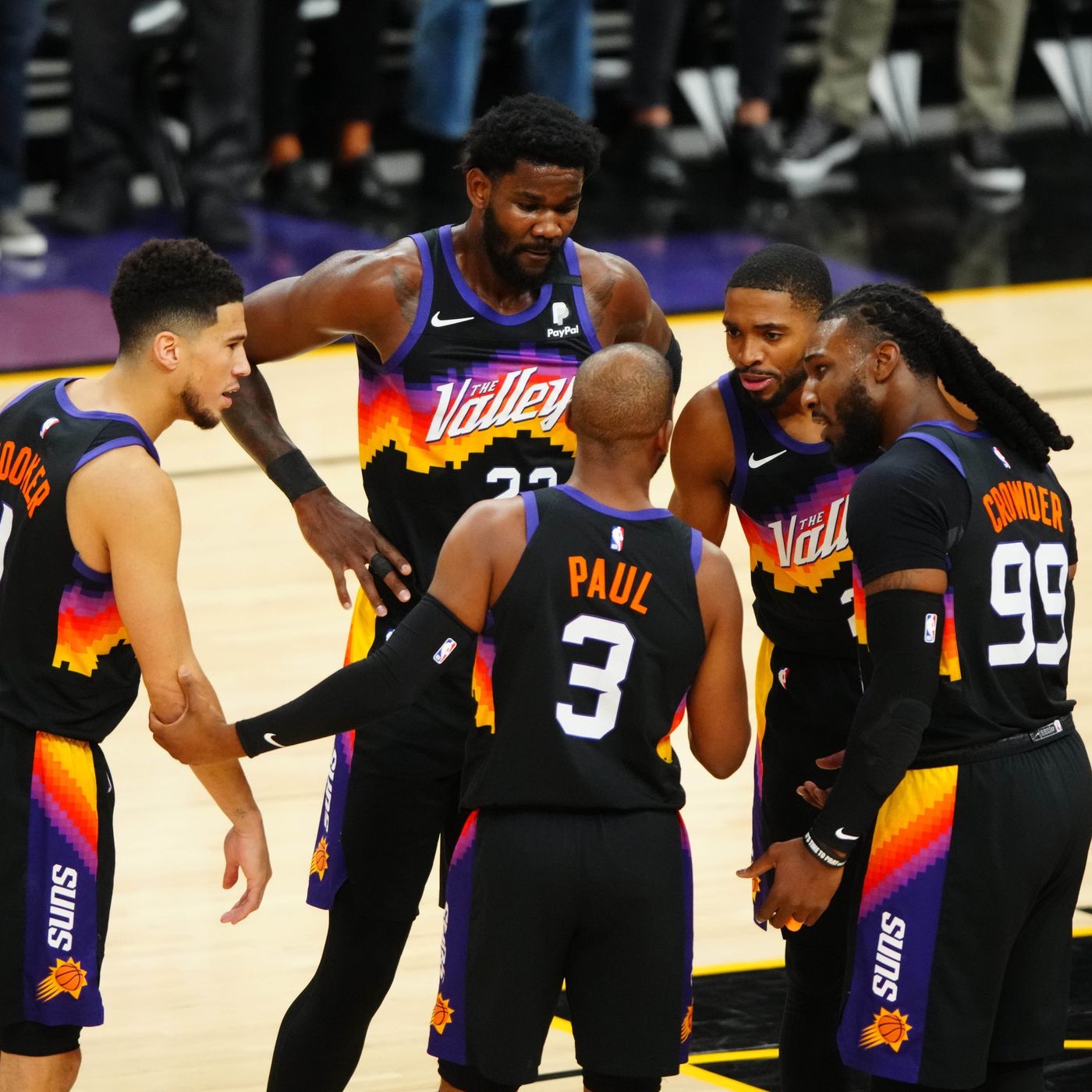 Disclaimer: This article was written days ago but took Time to get reviewed and published so the facts are a bit off. The Phoenix Suns are currently 8-3 and 2nd in the West.

The Phoenix Suns are sitting pretty at the 3rd spot in the West. This comes after a good win last night versus the Trail Blazers. This was also our 6th straight win and things are finally back on track after a less than impressive 1-3 start. Through 10 games our current record is 7-3. With plenty of basketball left to play it would be foolish to get the Finals t-shirts made just yet. However, this analysis of our team so far and the games we’ve played will give insight into how good we truly are and how we can keep the success flowing.

The Suns have lost only three games through the first 10 of the year. At first it seemed like we would lose even more, but we eventually got it together and kicked it into gear.

The very first game of the year was a playoff rematch and an inter conference showdown between two Western Powerhouses. The game wasn’t the best showing as Mikal Bridges lead the team with only 16 points. While our best scorer, Devin Booker, had a very forgettable 12 points.

For game 1 if Devin had played more like himself and Jae Crowder didn’t go on that cold streak maybe we would have pulled out the W. The Nuggets also shot well from 3 in that game while we didn’t, and honestly couldn’t, answer back.

Game 3 was an all around beat down. We lost by 29 and the team was in a bad funk the whole time. Ayton wasn’t his usual self and only recorded a pitiful 3 rebounds. Our 2 back up bigs didn’t do much either in that department, although when a team drops 134 on 54% shooting their aren’t many misses to even rebound. We were out rebounded, they shot better from deep and they got more steals and blocks. Not to mention we had 14 TURNOVERS!

Game 4 of the year was our 3rd loss at this point things looked to be getting worse. We just dropped a game to the Blazers and now the Kings rolled in and spanked us too. However, this game was very winnable had 2 people played better. Chris Paul and Cameron Johnson. Those two knuckleheads played a combined 53 minutes and only accumulated 6 points between them. No doubt they didn’t play that well, but even still we only lost by 3 because of stellar play from our other two superstars and good defense down the stretch. Since then we’ve won 6 straight so it leads me to believe that the cobwebs are out and good quality basketball awaits in our future.

The Phoenix Suns have 7 total wins on the year with 6 of them in a row. This sudden outburst has boosted us to 3rd place in the conference, and put us in the eyes of Vegas betters. The player who deserves the most credit for this hot-stretch is the Kobe compared, Devin Booker. His spectacular shooting put us in position to win and our other stars put the finishing touches on the W. Chris Paul lead our offense phenomenally with multiple double-doubles, and Ayton has been his usual self rebounding at a high rate. In order for us to be successful, 90% of the time, we need our 3 best players to play exceptional.

The Phoenix Suns have been best this year when we do a few things.