Raptors get their Revenge on the Wizards 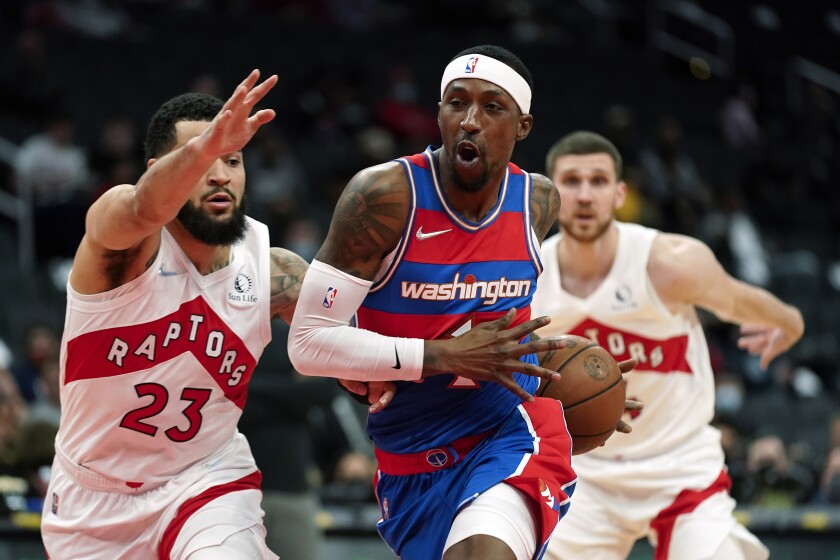 The Washington Wizards were on the cusp of mounting their first fourth quarter comeback of the season. Momentum was starting to work in their favor. But that all changed with one no call from the officials. When Spencer Dinwiddie attacked the basket, he appeared to have a relatively open lane to the basket. He got a step on his defender and was able to get the ball up on the backboard. Regardless of what basketball league you play in, once the ball hits the backboard on a layup attempt a player cannot touch it. Unfortunately for the Wizards, the officials missed a goaltending call that would have increased the momentum the Wizards had been building.

That non call was the defining moment of the game. The Wizards committed a few fouls shortly after, and were never able to fully recover. Bradley Beal led the way for the Wizards with 25 points, 7 rebounds, and 7 assists. Although he is known for his scoring, Beal made an impact on the defensive end. He was able to get a few defensive stops when guarding Raptors’ guard Fred Vanvleet. The Wizards ended up losing the game, but Beal’s defense on Vanvleet on a few possessions gave the Wizards a fighting chance late in the fourth quarter.

Fred VanVleet led all scorers with a game high 33 points, shooting an efficient 13-22 from the field. VanVleet played a game high 43 minutes and led all players in the plus/minus stat with a +15

Raul Neto doubled his season average of 7.3 points per game against the Raptors, scoring 14 points off the bench. Neto was efficient offensively, shooting 5-8 from the field and 2-4 from the three point line. I wouldn’t say that Neto’s performance was a surprise. Wizards fans have seen Neto produce well in his role during his time in Washington. But his 14 points played a huge part in the Wizards getting 44 points from the second unit.

Vs Memphis Grizzlies on November 5th at 7:00PM Eastern