Swat It To The Cheap Seats; Cheer Like Your Hair Is On Fire 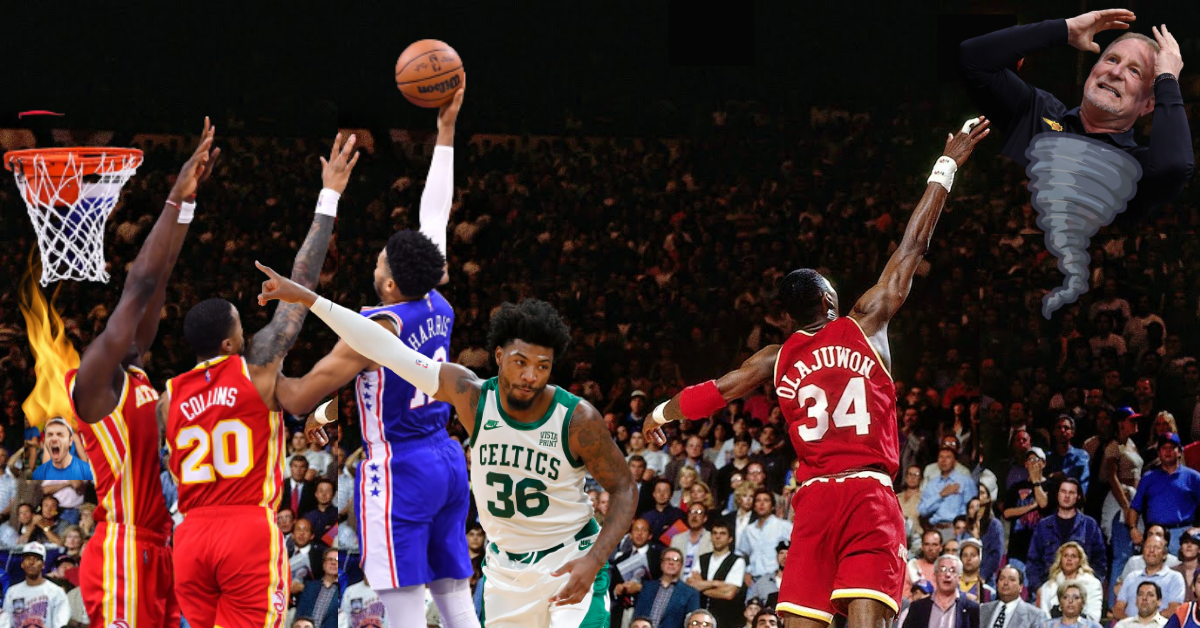 Welcome to swat it to the cheap seats, and cheer like your hair is on fire. My weekly column of Dikembe Mutombo finger wags, and Stadium shaking cheers. Each week I take something I don’t like and “swat it to the cheap seats“. Then In order to retain balance, and honor the basketball god’s appropriately, we also “cheer like our hair is on fire” for something each week. So, let’s get to it, for week #3.

Thursday delivered a bombshell of an article about Robert Sarver, owner of the Pheonix suns. It’s a long article that reads almost like a bingo card of hatred. Suns employees describe Sarver’s 17 year tenure as toxic. Apparently creating a hostile work environment, filled with racial insensitivities and misogynistic behavior. One Sun’s co-owner described his actions as “Beyond the pale” and “Embarrassing”. I couldn’t agree more. If these allegations are true, this is a huge black eye for the Suns and the entire League.

I am glad that the NBA will be investigating, and I hope they remove Sarver as owner. This kind of thing shouldn’t be acceptable in any workplace. I just find myself thinking about all the little people that work for an organization like that. How many of them were going home every night feeling like they were living in a nightmare?

This is not just about the players, and the owner being in conflict. It’s about a spoiled billionaire with no self awareness being an unconscious monster to so many people. It’s just disgusting, in my opinion.

I also feel sad for Chris Paul. I’m starting to think he is cursed. It breaks my heart, even as a Laker fan. Paul was on the Clippers when the Donald Sterling fiasco happened, as well. This makes me sadder for him than I was in 2018. When he pulled his hamstring, in the Western Conference Finals. Houston missed 27 straight threes and missed the finals, in what looked like their year. (sigh)

So, let’s swat Robert Sarver to the cheap seats this week! Get that (bleep) out of here!

Philadelphia and Boston have both had rough starts to their seasons. Philly’s problems have been well documented with the ongoing Ben Simmons soap opera. Boston’s struggles, by comparison, have been flying under the radar a little. Both teams have faced that adversity, and played really well this week. It’s been nice to see.

Philly has played great, despite not having Ben Simmons on the court. They are currently sitting at the top of the Eastern Conference with a 7-2 record, and look to be OK without Ben. They even continue to win without Tobias Harris on the court either. He’s currently being held out for COVID protocols. Great job of circling the wagons, Philly. I’m impressed.

Boston’s early season struggles were tied to Jason Tatum’s struggles. He’s had a really rough start to the season, in regards to his outside shooting. Things came to a head though after a loss to Chicago on Monday. The next day Marcus Smart called out Tatum and Jaylen Brown, to the press, saying “They need to pass the ball more”.

They then held a players only meeting. The two games that followed had Boston looking like a contender again. They Held Orlando to 79 points on Wednesday. Then followed that up with holding Miami, the current #1 in power rankings at the time, to 78 points. That’s impressive as it is, but doing that to Miami on the second night of a back to back is worthy of high praise. Great job, Boston!

Let’s cheer like our hair is on fire for teams that can overcome adversity and circle those wagons!

← All Hail The Point God Anthony Davis Leads Lakers to Victory in an Overtime Thriller! →