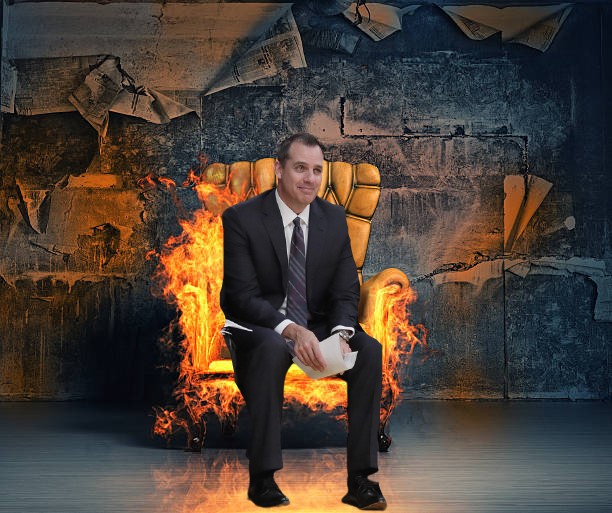 The Frank Vogel dilemma is becoming a trendy thing to blame the Laker’s struggles on. There are countless sportswriters bemoaning his lineup choices, and trying to heap the lion’s share of the blame at his feet. There’s a few problems with this take though.

The first problem is that it gives the coach way too much credit and way too much blame. Now, I’m not going to sit here and try and say Frank is blameless. I am just going to be more realistic about how I portion out the blame, because it’s not all his fault.

The second problem is that it absolves blame for a lot of the players. These are grown men. They are not high school or college age kids anymore. They are not the malleable blank slates that people imagine them to be. Most of them are who they are, at this point.

If you were to ask anyone who is the greatest NBA coach of all time, the vast majority of fans would agree. It’s Phil Jackson. Phil was not an X’s and O’s guy at all. That was always up to his assistants.

Phil was a master of managing egos. He was often criticized for being “hands off”, early in his career. Letting his team work their way out of struggles, rather than call timeouts. There is a balance that needs to be struck between Coach and player, for things to work out. He understood this, and exploited it.

A high school or college coach has the luxury of being a dictator, that a professional coach simply doesn’t have. Grown men are much less likely to listen and obey. Especially when they make millions, and become powerful fixtures in their community. It’s just a simple fact of the world that they can’t escape. So, this means they have to tread a little bit more lightly to get what they need out of players.

Vogel’s Portion of Blame for the Dilemma

Like I said earlier, I don’t think Vogel is blameless. Some of the rotation issues people call in to question are valid.

Some are obviously about personal biases towards certain players though. There are three main targets for this, Russell Westbrook, Rajon Rondo & DeAndre Jordan. There dislike of the rotations involving them is usually obviously transparent. They simply don’t like those players, and wish they all never got minutes. I understand why, but it’s just lazy analysis that leans on personal biases, in my opinion.

Now there are plenty of people who do a good deep dive in to those rotations. They are definitely on to something. When Rondo and Russ are on the floor together there are issues. There are also issues with DJ. I do not deny either of those things.

I take issue with heaping all the blame at Vogel’s feet is all. In my mind he can really only be responsible for about 40% of the blame. The other 60% goes to the players, because they are the ones who have to execute the game plan. The Coach is more like a navigator. He can only point in the right direction. It’s up to the players to “steer the ship” correctly when they are on the court.

I Have Faith In Frank

Vogel does a lot of tinkering with lineups early on in the season. Usually he has a set starting lineup that almost never changes. This year he hasn’t been able to do that, because of injuries. So, he’s been tinkering with EVERY lineup to try and see what works. This is a product of only returning three players from last year.

When the Laker’s won the title in the bubble, I though Frank’s rotations were masterful. I was doubtful going in to the playoffs, that year, because I was also doubting his lineups back then. He made me a believer in those playoffs. I have not doubted him since. I believe that he will have this figured out when the games matter the most.

Also, for everyone who thinks it’s all his fault. Do you really think it would be a good idea to fire him now? That would just make things tougher for the entire team. It would be like giving up on this season. I’m not ready to do that yet.

After the loss to the Celtics on Friday night, LeBron James was asked about the lakers struggles. As usual he said the right thing.

“We damn sure need to play better, no matter who is in the lineup”

He’s right, if this is going to get corrected it will be up to the players.