The Next Five games are Pivotal in Lakers Development 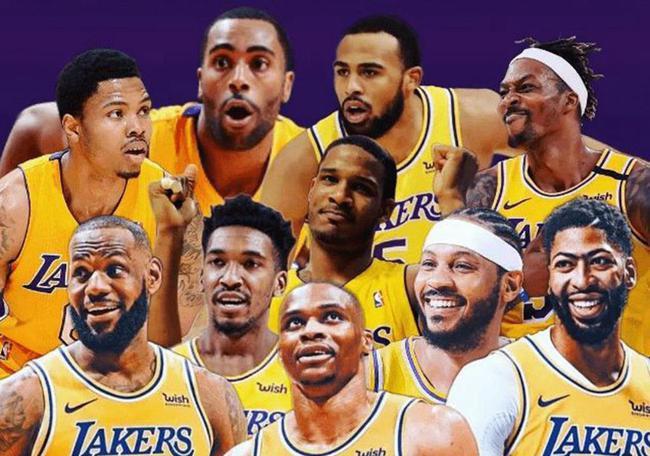 The next five games are a good test for the Lakers. It starts with two winnable road games in San Antonio and Oklahoma City. Then, three cushy home games, Cleveland followed by Houston twice. This is a stretch where they shouldn’t lose, and after dropping to 0-2 to start the year, they also can’t afford to lose. If they can’t finish at least 4-1 it’s a bad sign for this team coming together quickly.

When I looked at the schedule this year I was happy to see this stretch of games. I was also then prompted to start thinking about all those people who scream about Lakers favoritism. I quickly shook them off and reminded myself I’ve been alive for 12 and cheering for 11 of the 17 Laker titles. Why would I worry about such silly things.

Seriously though, I don’t know if it’s favoritism or not. That’s between Adam Silver and the basketball gods. I do know that the faces that people make when they tell me it’s favoritism look very serious. I can also tell you those faces are often quite humorous. But back to the point, these next five games are a good test. It’s just what the doctor ordered for a team trying to get in sync.

Good looking out, Adam Silver. Appreciate the solid…I mean who knows how any of this works anyway. I certainly don’t.

Margin For Error is a Little Better

A team that is not used to playing together, like this one, has to build that confidence with each other from scratch. Sometimes it happens quickly, sometimes it takes time, and sometimes it just doesn’t work. This is the unknown we are currently dealing with.

Playing teams like this can give a team a chance to gain confidence in each other. The pressure can subside just a little bit if you are playing a team that you have a matchup advantage with. Such as Anthony Davis versus Darius Bazley or Isaiah Roby in OKC. That’s a game he should dominate. You can hold me to that.

A dominating blowout win can fuel a team’s confidence. Passes become a little easier to complete. Shots fall more often. It can be a recipe for what everyone knows is the ultimate deodorant, winning. They just have to stay focused. There is no such thing as an easy win in the NBA.

They have made improvements in each of the last three games. They are still having issues on defense, but they had Stretches against Memphis that showed lot’s of promise. The turnovers are still an problem, but they are making progress there too. They are not nearly as reckless with the ball as they were in game one. The free throw shooting is also of concern, but that should correct itself with time. That’s the issue I’m worried about the least.

All in all, I am happy with the progress I’ve seen on the court. I am optimistic we can win all five of these games. That optimism is tempered with realism though. Wins in this league don’t come easy. Everything is hard fought. The difference in talent from the best to the worst teams is razor thin. They are definitely going to be challenged, but I think they are up to the task.

← Stumbling Out Of The Gates Lakers v Spurs - Preview →