The Phoenix suns are Setting the League On Fire Through 13 Games! 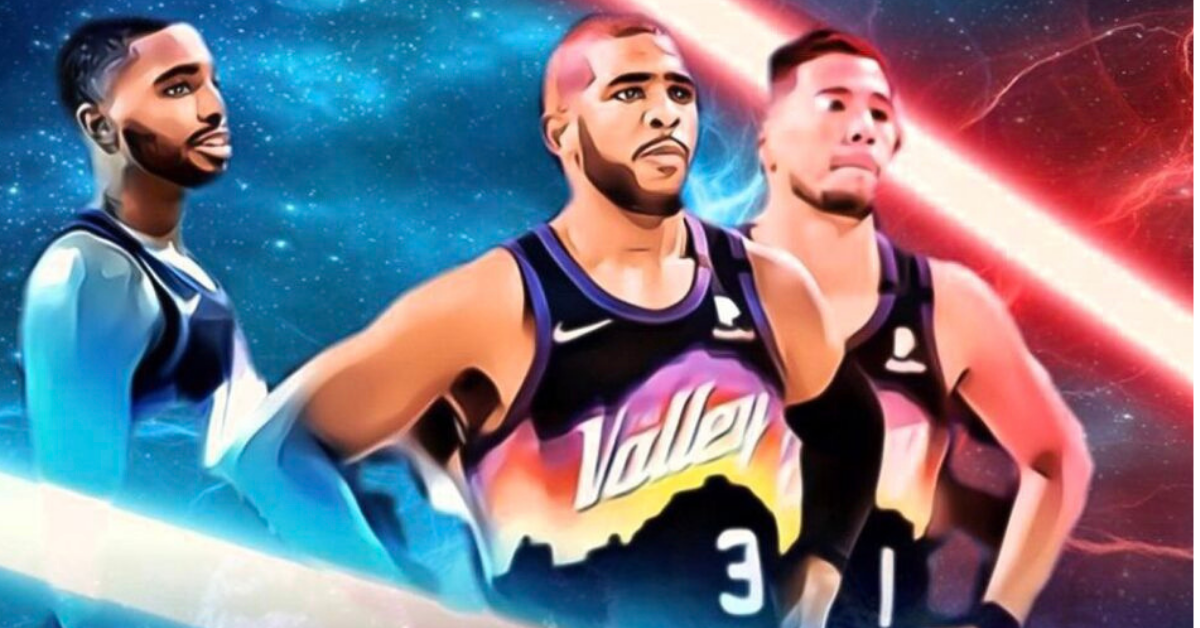 The Phoenix Suns have been on a tear as of late. In fact since that slim loss to the Kings, the Suns have won every game they’ve played. This hot streak is even more amazing when you take in the fact that since losing Ayton they’ve been woefully out-rebounded in just about every contest. Still though, they’ve managed to stay strong and grab ahold of that number 2 spot in the conference. The team is firing on all cylinders and this stretch of great play has brought a lot of things to my attention. Not all of them good, might I add. I’ll go over the goods and the bads of the Phoenix Suns as a team and what we need to work on going forward.

On the 14th of this month the Phoenix Suns faced off with the Houston Rockets; here’s what we learned. The Suns have been good largely due to the success of its two greatest players Booker and Paul. However, this game introduced us to a 4th scoring option by the name of JaVale McGee. I didn’t want to believe it, but now I can’t ignore it. He dropped 18 a while back and now he put together a 19 point double double. I’ve said it before and I’ll say it again he could’ve quietly been the steal of free agency.

The Rockets game was a good game for Chris as far as being efficient and scoring baskets. Unfortunately, this game also marked the end of CP3’s 3 game double-double streak. Cameron Johnson broke also broke a streak of his own. In the 3 games leading up to this face-off he had not had a single assist. In the Rockets game he had 1. Not much of a change in the season average, but an improvement nonetheless. Lastly, Devin Booker got back to his usual point totals and got his numbers out of the teens. He’s still leaving something to be desired from outside, but you have to make the cook the burger before you can put the bun on it.

In the beginning of the year I stated that our success would hinge on the play of our three top guys. This is true because without Book, CP3 and DA we’re bottom of the West. However, they can’t be the only ones playing well out there, a team like the Warriors or the Hornets would mop the bathroom floor with our butts. In this low scoring win the only players that added any real production points wise was our 3 biggest names and one guy is coming off an injury. I still believe we have a great selection of role players and second hand scorers, but our biggest problem continues to be consistency. Which is ironic because the only thing we’re consistent at is being inconsistent. Some might say I’m being too hard on them, I mean they do boast the second best record in the west. Though, I have NBA finals dreams for this year and I also have nightmares about last year. If we can get everyone on the same page, and continue to run the offense through Chris then we will be just fine.

The Suns might have the deepest bench in the league or at least one of them. Up and down the roster you see positives at each starting role and subsequent back-up spot as well. For example, we lost Deandre Ayton some games back, and almost as if he never existed in the first place we kept on rolling along. We have an excellent spark plug player in, Cameron Payne who can aid and even lead the offense. We have a not great but very good, Javale Mcgee who is, at times, a much better scorer than a rebounder. Frank the Tank showed that with the right touches he can be a beast as well. I could go on all day about our depth, but what I’m most proud of is the fact that at any given moment in any game you might see something spectacular from these Phoenix Suns. Quietly the 2nd best team in the league and starting to open eyes in Vegas.

The next two games we play we will face possibly our greatest challenge yet. A Luka and Porzingis lead Mavericks team coming off two big wins. They are currently 3rd in the West and only 2.5 games behind us in the standings. I’m confident that we are the better team, yet things don’t always pan out how they ought to. The Suns must stay hungry, and play smart. Ayton is back so we will likely win the battle on the boards, however as history has shown that isn’t quite enough. We also need our top 3 to play as if they’re the top 3 in the league for 8 quarters. Either team could potentially win, but this is why we PLAY THE GAME! let the best team win.

For more Suns content Check out this link: https://thepeachbasket.net/category/western-conference/pacific-division/suns/

← In the NBA: The New Rule Experiment The Greatest Seven NBA players To Ever Touch The Court →