Wizards Overcome Late Deficit To Get The Win 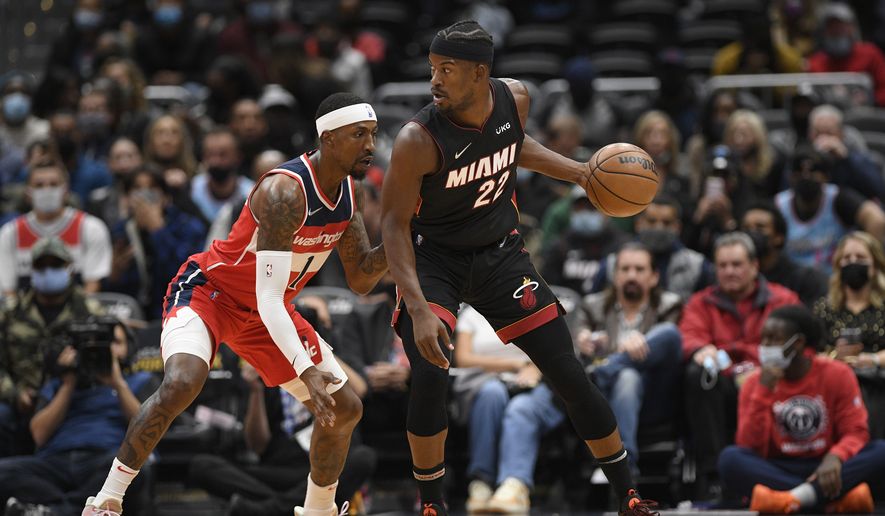 Down by 10 points with 4:42 remaining in the game? At that point it could be very tempting to already start thinking about the next game on the schedule. Especially when you are down 10 points to a Miami Heat team, who defeated you by 15 points this past Thursday. But the Wizards didn’t do that. They mentally stayed in the game and made key plays down the stretch in order to get back in the win column.

Miami had a 94-84 lead with 4:42 remaining in the game. From that moment on, they would only score 4 more points as Washington went on their run. The play that changed the momentum of the game for the Wizards was Kentavious Caldwell-Pope’s 4 point play that cut Miami’s lead to 6 with 4:17 remaining in the game. The crowd got hyped, and the players started to believe that a comeback was indeed possible.

Once the Wizards grabbed the lead late in the fourth quarter, they never relinquished it. Miami threatened to make a run late, but Kyle Kuzma was able to close the game out with a couple of clutch free throws. Bradley Beal led the way for the Wizards with 21 points and 9 assists. Spencer Dinwiddie and Kentavious Caldwell-Pope both scored 16 points. Deni Avdija had a nice all around game with 8 points, 5 rebounds, and 4 assists in 26 minutes.

With a 103-100 win over the Miami Heat, the Wizards are now the second seed in the Eastern Conference with a 11-5 record.

I know I’m cheating a little bit with this category today, but I can’t choose one player. Both Spencer Dinwiddie and Kentavious Caldwell-Pope are the stars of the game. When both players go perfect from the field, and hit clutch shots that put the team in a position to win, it’s very difficult to say that one player should be the star of the game over another. The Wizards don’t win this game if both guys didn’t step up the way that they did.

The biggest concern was how Washington started the second half. They were giving up way too many open layups and threes. Miami is a good team and they are going to go on runs. But some of the shots Washington gave up were just too wide open. Sometimes, there would be miscommunication on the pick and roll which led to an open three. Or there would be moments where an offensive player would get into the paint with very little resistance. But luckily, Wes Unseld Jr. was able to get the team back on the right page.

No surprise contributions in this game. The guys who stepped up for the Wizards, we know what those guys are capable of.

Vs Charlotte Hornets on November 22nd at 7:00PM Eastern Time

← Swat it to the cheap seats; Cheer like your hair is on fire Round 2…FIGHT! →